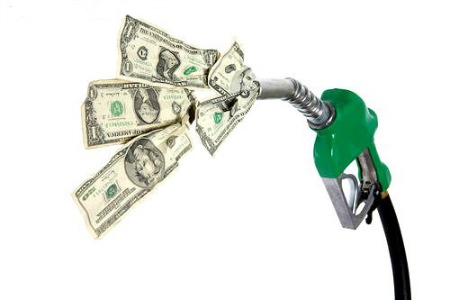 Americans spent more at the gas pump and less at department stores in February.

Retail sales rose 1.1% in February, according to a report from the Census Bureau. That’s stronger than the 0.5% increase economists’ were expecting. Stock futures turned higher following the report.

The better-than-expected numbers were due mostly to a spike in gas prices last month. Sales at gasoline stations alone rose 5% during February.

The average price for a gallon of unleaded gas rose as high as $3.79 on February 27, according to AAA, but has since fallen about eight cents.

But with gas prices rising. consumers were also a bit more hesitant to hit the malls or take the family out for dinner.
Department store sales fell 1% in February, and sales at restaurants and bars fell 0.7%.

That said, consumers are not cutting back when it comes to their homes and cars. Auto sales continued to pick up at a strong pace in February, and Americans also spent more on goods at building and garden stores like Home Depot (HD, Fortune 500) and Lowe’s (LOW, Fortune 500).

Economists welcomed the report, saying that consumers aren’t being hit quite as hard as they expected by the payroll tax hike and delayed income tax refunds.

“Consumers will help drive a further upturn in the economy in the first quarter,” said Chris Williamson, Markit chief economist.

The retail sales numbers may also be strong enough to lift expectations for economic growth in the first quarter.

Economists at Barclays now estimate the economy will grow at a 2.2% annual pace in the first quarter, up from a mere 0.1% in the fourth quarter of 2012.