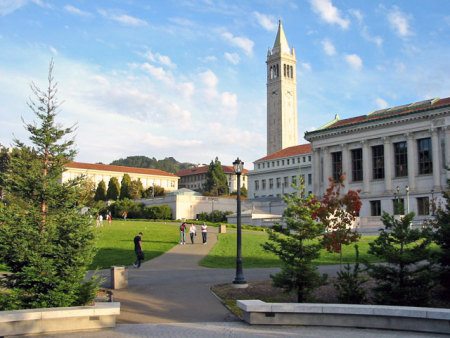 Over the last four years, Eastern Michigan University has clearly stamped itself as the statewide leader in keeping costs down for its students while still reinvesting in key academic facilities and programs, President Susan Martin said Tuesday (March 12) in testimony before Lansing lawmakers.

During her appearance before the House Higher Education Appropriations Subcommittee, Martin noted that affordability and accessibility have become synonymous with Eastern Michigan. She cited Eastern’s singular efforts in keeping tuition down, while arguing those efforts should be strongly noted in the funding formulas laid out in Governor Rick Snyder’s budget proposal.

•Eastern’s tuition has increased only $32 per credit hour or 2.86% per year over the last four years, which is the lowest increase among the state’s fifteen public universities.

• Eastern was a nationwide pioneer when it froze tuition, room, and board in 2010 with 0%, 0%, 0% increases. “We took this bold and unprecedented step because, in the midst of the global recession, we felt it was vital to keep higher education affordable and accessible to Michigan families,” Martin said.

• Eastern has also increased institutional financial aid by 78%, from $21.4 million to $38.1 million, over the last six years. The dramatic increase in funding supports scholarships and awards that supplement federal financial aid and private loans.

Martin emphasized that, in addition to keeping college affordable, Eastern is making the investments necessary to preserve its stated mission of “Education First” by undertaking key initiatives designed to meet Michigan’s workplace needs.

Those include opening a new graduate program in 2014 to train physician assistants, a rapidly growing field that pays high wages, along with Eastern’s Information Assurance program, which encompasses the scientific, technical, and management disciplines to ensure computer and network security. “The recent news of Chinese cyber attacks against our governments and American companies gives even greater urgency to this field of study,” Martin said.

The President noted that being accessible to a wide variety of students involves forging strong partnerships with Michigan’s community colleges. Eastern has more than 130 articulation agreements with community colleges that clarify the path to a four-year degree with 84 to 92 credits taken at the community college, saving students time and money.

Such efforts at limiting student costs and program development have resulted in increased enrollment and a higher number of graduates at Eastern. Over the last five years, enrollment has increased 7 percent, to 23,547 students from 22,027 in 2008. Last fall, Eastern enrolled its largest undergraduate class in history, with 5,076 students. The incoming freshmen class of 2,595 students was the largest in a decade, which represented a 21-percent increase from the prior fall’s freshman class.

In addition, 4,460 students are expected to graduate this academic year, representing a 9 percent increase over last year and nearly a 28-percent increase in just three years.

Martin cited the results of a recent market analysis by Deloitte, which identified 183 high-wage, high-growth occupations. Half of these occupations are in education and health care, while another quarter exist in positions reliant on science, technology, engineering and math (STEM).

Meanwhile, Eastern maintains a leading role in administrative cost reduction efforts that help keep tuition low. In the past two fiscal years, the University has eliminated 111 administrative positions, which included forty layoffs, saving $5.6 million in wages and benefits. Eastern’s employees now share 20 percent of health insurance costs. Because of such efforts, Eastern received the best score this year in the state budget performance metric that measures a university’s spending on administrative overhead.

Martin said Eastern supports the Governor’s proposal to include performance funding and tuition restraint from 2013 in EMU’s appropriation for 2014, but strongly requested that any increase in funding be made permanent. She also applauded the proposed increase in total funding for higher education by $30 million, but added that, “far more is needed to support our students financially.”

“Eastern has consistently proven that we will reinvest the State’s resources in lower tuition,” Martin said.

Martin said EMU strongly supports the recommendation of the Business Leaders for Michigan group to add a performance metric that measures Pell Grants, which go to low-income students. She also recommended using overall degrees awarded as a performance metric instead of six-year graduation rates, which fail to take into account transfer students, including those from community colleges, along with veterans and career changers.

“Why are we using a metric that discourages universities from reaching out to veterans, punishes partnerships with community colleges, and is inconsistent with the Governor’s call for more a flexible and seamless learning system?” Martin asked.

Martin noted that keeping higher education affordable and accessible is personal for her. She grew up on a farm in rural Michigan and attended a one-room schoolhouse before earning a bachelor’s degree from Central Michigan University and an MBA and doctorate in accounting from Michigan State University.

“I took a test in high school and the State of Michigan taxpayers funded a competitive scholarship for me that paid my tuition and fees,” Martin said. “Eastern is committed to working with the legislature to give the students of today and tomorrow the opportunity to work hard, earn a college degree, and become productive taxpaying residents of Michigan. Our role is to serve Michigan.”

A full copy of President Martin’s testimony can be seen at http://www.emich.edu/president/