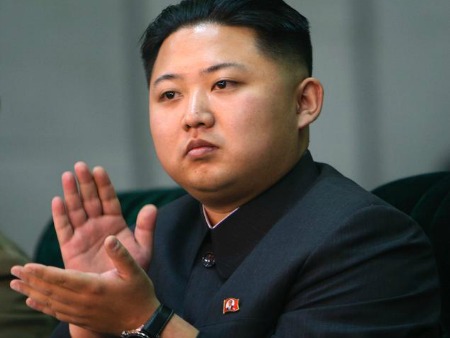 (CNN) — A new joint military exercise between South Korea and the United States began Monday amid heightened tensions across the region.

In a sign of crumbling relations, North Korea refused to answer its hotline with Seoul, South Korea’s unification ministry said Monday, according to the Yonhap news agency.

The ministry said the North did not answer two attempts to communicate by telephone at 9 a.m. and 4 p.m. local time.

The latest military drills involving the two allies are called Key Resolve. They follow the Foal Eagle joint exercises that began March 1, which are scheduled to last two months. More than 3,000 U.S. forces are taking part in Key Resolve, according to United States Forces Korea.

The latest exercises fall under the shadow of North Korea’s army declaring invalid the armistice agreement that ended the Korean War in 1953, an article in Rodong Sinmun, the official newspaper of North Korea’s ruling Workers’ Party, reported Monday.

With the declaration, Pyongyang made good on its threat to nullify the armistice.

North Korea previously warned it could carry out strikes against the United States and South Korea.

Despite the strong language, analysts say North Korea is years away from having the technology necessary to mount a nuclear warhead on a missile and aim it accurately at a target.

And, analysts say, North Korea is unlikely to seek a direct military conflict with the United States, preferring instead to try to gain traction through threats and the buildup of its military deterrent.

North Korea has called the annual training exercises “an open declaration of a war,” but South Korea says it notified Pyongyang that the drills “are defensive in nature.”

The United Nations Command notified the North Korean military on February 21 of the exercise dates, noting that Key Resolve is an annual joint exercise that is not related to current events on the Korean Peninsula.