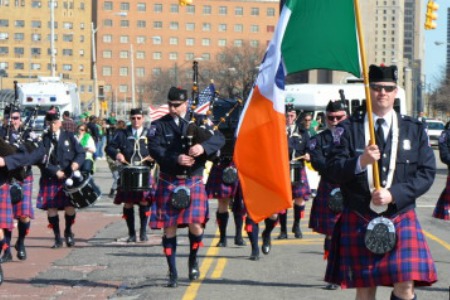 Thousands of green-shirted spectators will descend on Corktown this Sunday for the Detroit St. Patrick’s Day Parade. Fifty-five years later, the city’s annual tradition to celebrate Irish history and heritage hasn’t faltered … and it also happens to be one of the best places to find men in kilts. The march down Michigan Avenue takes place, as usual, a week before the Irish holiday. It begins at 2 p.m. when marchers, high school bands, floats, clowns and more begin stepping at 6th Street, continuing down Michigan to 14th Street. Organized by the United Irish Societies, the theme for this year’s parade is “Detroit Irish: Proud of Homeland, Heritage, & Heroes.” Last year’s parade drew a crowd of 65,000.