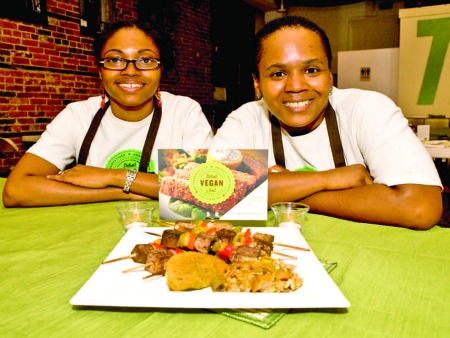 Detroit is reinventing itself and the way businesses operate in the city.

A new business model in Detroit appears to be pop-up businesses which are springing up in key areas, including Midtown, Corktown and the Villages. The emergence and success of pop-ups will be discussed Thursday, Feb. 28, during the Detroit Policy Conference hosted by the Detroit Regional Chamber. The panel discussion will be moderated by Claire Nelson, publisher for Model D Media.

“Pop-up businesses are growing in popularity not only in Detroit, but nationwide. People want to expand, but want to ensure that they are not taking on long-term debt. Detroit is an ideal market for pop-ups. Many parts of the city have been without a retail centers for a significant amount of time,” and Sandy Baruah, CEO of the Detroit Regional Chamber. Pop-up shops give entrepreneurs a chance to test drive a market lacking in solid retail presence.

Pop-up retail shops are trending throughout the United States, Canada and the United Kingdom with companies temporarily opening a storefront anywhere from one day to six months as the Emerald Gift Shop did. They are not uncommon, but are most recognizable as seasonal shops, like Halloween costume shops or the Somerset Collection on Woodward.

The reimagining and utilization of this business model presents Detroit business owners with a unique opportunity to test the market in a given area without being locked into a long-term lease. It’s also a great tool for generating buzz about the company and its product. If consumers know that they can only get specific goods for a short time, it can increase traffic and support an ever- changing landscape.

As a part of the REVOLVE project, a partnership between the Detroit Economic Growth Corporation and The Villages Community Development Corporation, Detroit Ve­gan Soul, a catering company, will open its first storefront, a pop- up café, this spring in the West Village. Detroit Vegan Soul has a specialized niche in soul food, and it is that type of diversity that lends itself well to the emerging pop-up business culture that is blossoming downtown migrating towards West Village.