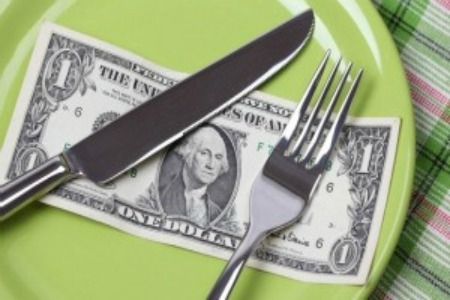 When you go to the grocery store to do some major food shopping, how long is it before you find yourself having to go back to do it all again? It’s tough when you can’t seem to make stuff last as long as you would like. But I’ve found some great ways of stretching our groceries so that I can make the next shopping trip go a little bit further into the future.

Avoid snacks-Avoiding snacks has its (obvious) advantages. Firstly, this means you end up spending less on your food budget as junk food and various snacks (and processed foods) tend to be costly; and secondly, there’s the positive effect this has on one’s weight and health.

Use leftovers creatively-If you’ve got a creative eye or a fertile imagination, you can do quite a bit with leftovers. For instance, I tend not to think of cooking for a single meal. Instead, I will think about how I can make the most out of everything I am cooking so I have something for the future as well. A classic example would involve cooking a chicken for a Sunday roast. Even if I know that virtually the whole chicken will be consumed, I will still strip off a few slices so I can make a single chicken pie for myself later in the week. Once I began thinking along these lines, I was constantly coming up with new and interesting ways to make meals go further, pretty much every time.

Use Coupons- The Sunday newspaper is usually the best source but also look on line, at public libraries and at coupon swap boxes at the store itself. Some stores issue coupons at checkout for use on your next trip. Be sure and note expiration dates and if a cash value is offered. Don’t let them expire and go to waste.

Plan Your Meal- Planning is a great way to create a grocery list, and not end up with a bunch of items from the grocery store that you don’t really need at the time.