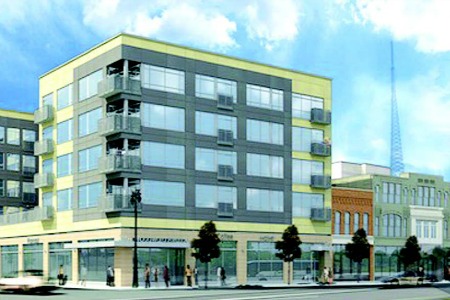 Participating as developers, or construction partners and bringing more than $1.2 billion in potential new investments and jobs to the city, minority-owned businesses have been an important part of the Detroit Economic Growth Corporation’s (DEGC) success over the last two years.

Marvin Beatty and James Jenkins are both involved in the largest retail development in Detroit in more than 40 years. Beatty as one of the development partners and Jenkins as a construction contractor on the Gateway Marketplace at Woodward Avenue and Eight Mile Road. With Meijer and Marshalls as anchor tenants, Gateway Marketplace is the first major retail development and national grocer within Detroit in more than two decades.

DEGC had a critical role in the project, facilitating brownfield credits and setting up a local economic development authority to generate tax-increment financing to support the development. Beatty has also partnered with former NBA star Earvin “Magic” Johnson in a bid to redevelop the Michigan State Fairgrounds, which is next to Gateway Marketplace.

Jenkins Construction is a $30 million-per-year operation that is also working on the Cobo Center renovation and a medical office building in Detroit that received brownfield help facilitated by DEGC. One of its latest projects is the renovation of a building in the Paradise Valley District, which will be the new home of the Michigan Chronicle. Jenkins says, “Detroit is a city of hardworking people and that is what I believe in. If you work hard, success will come your way.”

George Stewart is managing partner of Woodward SA-PK, LLC and other partnerships that are developing what’s known as the Woodward Garden block — a mixture of new construction and historic renovation that includes retail space, residential units and a restored entertainment venue. The development is on Woodward between Selden and Alexandrine streets in Midtown. Ten years ago, Stewart and another African-American partner, Michael Byrd, started with an idea of restoring a historic entertainment venue. The project has grown the project to include a mixed-use development comprising the entire block.

Stewart says that he was drawn to the Garden Theater, which was designed by the same architect, C. Howard Crane, who designed the Fox Theatre. “The Garden Theater had a lot of history to it,” said Stewart. “Where others saw blight, we saw opportunity.”

The project took 10 years because when the duo acquired the theater, they determined that the best way to proceed was to gain control of the entire block. DEGC helped in guiding the project through the complications of acquiring the additional properties. Further complicating the process, Stewart says that the financial collapse of 2008 hurt the project. They initially counted on National City Bank as an anchor tenant, but late PNC Bank participated providing much needed new market tax credits.

DEGC also contributed the knowledge and management coordination to allow the group to obtain $1 million in loans from the Michigan Strategic Fund and Detroit Casino Loan Fund, as well as brownfield incentives, a SmartBuildings grant for energy conservation and a Creative Corridor grant.

So far, the Blue Moon building has been restored, storefronts have been demolished and a 23,772 sq. ft. retail/commercial building has been built. Renovation of the theater, named the Woodward Garden Theater, is now in its final phase. The residential portion of the development is also being completed and is expected to open this fall.
The Detroit Economic Growth Corporation is a private non-profit organization that has been dedicated since 1978 to helping businesses create new jobs and leverage private investment in the city of Detroit by providing technical, financial and development assistance to the city and the business community, from the start-up entrepreneur to the multinational corporation.

By combining public sector policy and direction with private sector leadership, DEGC is able to actively strengthen Detroit’s economic base.