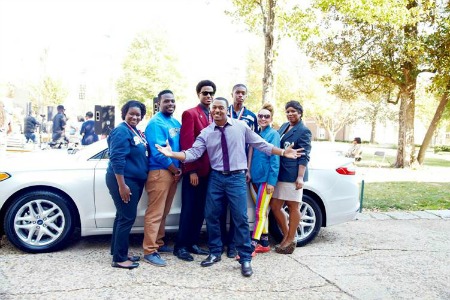 “Participating in this year’s Ford Black College Quiz has been one of the most rewarding experiences in my career to date,” said Lee. “Being able to interact with the students and witness first hand their enthusiasm, competitive nature and sheer brain power is something I know I’ll never forget!”

“I am extremely excited about our new format for the 2013 Ford Black College Quiz series, which increased our student scholarship monies to over $25,000 – the highest ever over the 7 years of the program series,” said Don Jackson, executive producer and Central City Productions CEO. “Also, the new format provided an opportunity for us to have four first place winners, rather than just one grand prize winner at the end of our 4-part series. This added another dimension of excitement and competition for all of the participating students.”

The Ford Black College Quiz Show featured 12 gifted students from Historically Black Colleges and Universities (HBCUs) skillfully displaying their knowledge of notable African-American facts. Over the course of four half-hour episodes BCQ competitors, three participants per show, earned financial scholarships for their involvement, which is a change from previous years. The top performers received $5,000 scholarships while the second and third place finishers took home $1,000 and $500 each respectively.

The series airs in syndication in various markets around the country now through March 3, 2013. For local airdate information, please visit www.blackcollegequiz.com where the most recent list of airdates will be posted as they become available. Viewers can also consult local TV listings to get programming information for their area.