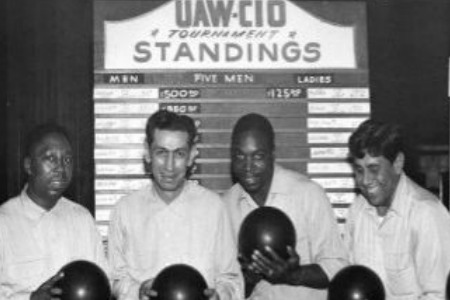 During last December’s right-to-work showdown in Michigan, a vocal African-American presence stood out among those opposing the ultimately successful Republican effort to pass the anti-union legislation into law. State Sen. Bert Johnson (D-Detroit) filibustered for over 45 minutes on the floor of the legislature in protest, and several African-American activists were led away in handcuffs at the huge rally held at Lansing’s Capitol building.