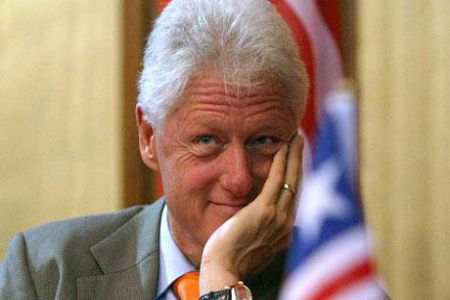 As the possibility of an emergency financial manager looms over the city, Detroiters have taken to social media to suggest potential candidates.

Lately, the Twitter world has been a buzz with residents throwing out the names of individuals they only wish would be sent to take over the local government.

Some of the requests have been unexpected, while others spur possible conspiracy theories.

Perhaps the most standout suggestion is former President Bill Clinton. Many would love to see the powerhouse politician pay a trip to the Mitten State to help its largest city resolve its biggest challenges.

Clinton may be known in infamy for narrowly escaping prison time, yet that doesn’t stop residents from making him one of their top fantasy prospects.

Others have even joked that the Pope’s resignation is a sign that Governor Snyder might have summoned the Vatican leader to another calling.

As Detroiters and the world alike watch the clock with anticipatication, social media users will undoubtedly continue to give suggestions for candidates they only hope would assume the role.

Friday at noon might still be too far away for some who early anticipate Governor Snyder’s possible announcement. Until then, the ideas will continue to roll in on fantasy financial managers.