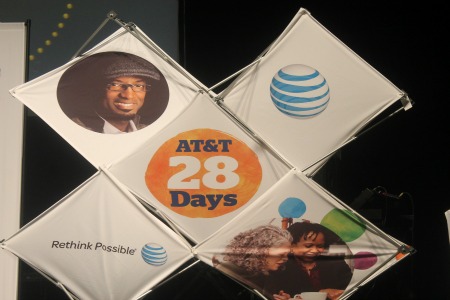 AT&T wrapped up its 28 Days Black History Month campaign at the Millennium Centre in Southfield February 27. It was free and open to the public and featured a live performance from singer/songwriter Elle Varner. The campaign, hosted by comedian, television/radio personality Rickey Smiley, kicked off in Washington D.C and made stops in Raleigh, Atlanta and closed out the series here in Detroit. For the past five years, AT&T has been committed to celebrating black history by inspiring people to challenge themselves and to become empowered.

The program was phenomenal! The message was genuine and inspiring. It’s safe to say, that the audience walked away just a little bit wiser.

In case you missed it, check out our exclusive pictures: