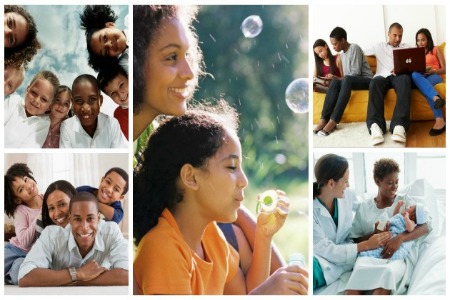 Sequestration is the automatic form of spending cutback. These cuts will take effect by Friday, unless the Congress quickly acts to stop them. After March 1st, $1.2 trillion will be automatically removed from the federal budge, which could reverse our economic recovery. Where would these trillion dollar cuts be taken out of?

Things like investments in education, public health services and research, disaster preparedness, and national security are a few places budgets will be cut. According to ThinkProgress.org, low-income women and women of color will be hit hardest by the sequestration.

You may not think that these cuts affect you, but they do. Check out the five ways that sequestration cuts are harmful for women of color:

1. Programs that directly help the most vulnerable families and children—such as the Special Supplemental Nutrition Program for Women, Infants, and Children, or WIC could be cut by $543 million, which is a big loss to the 450,000 plus people of color who use these services.

2. Federal education funding cuts will disproportionately hurt students of color. Cutting access to these vital financial aid programs will stunt or even halt the higher education aspirations of tens of thousands of students of color. If the sequester goes into effect, nearly $3 billion would be cut in education alone, including cuts to financial aid for college students and to programs for our most vulnerable youth—English language learners and those attending high-poverty, struggling schools—impacting 9.3 million students. Such cuts will affect key programs that receive federally funded grants such as Education for Homeless Children and Youth and federal work study. The lack of access to financial aid for people of color will further aggravate the student debt rates in these communities. According to AmericanProgress, in the 2007-08 academic year, 81 percent of African Americans and 67 percent of Latinos with a bachelor’s degree graduated with student debt, compared to 64 percent of their white peers.

3. Early child care funding could be cut by more than $900 million, impacting the thousands of children of color who benefit from these programs. Such cuts will mean 70,000 children will be kicked out of Head Start, a federal program that promotes the school readiness of children from low-income families from birth through age 5. Sixty percent of program participants are children of color.

4. Cuts to critical medical research put patients at risk. The National Institutes of Health would lose $1.5 billion in medical research funding, meaning fewer research projects would be aimed at finding treatments and cures for diseases such as cancer and diabetes—both of which are among the leading causes of death for African Americans.

5. 10.5 percent of Latinos and a staggering 13.8 percent of Blacks are unemployed, compared to only 7 percent of Whites. Extended federal unemployment benefits remain vulnerable under sequestration, and the long-term unemployed—those out of work and searching for a new job for at least six months—could lose almost 10 percent of their weekly jobless benefits if the sequester cuts go into effect next week.