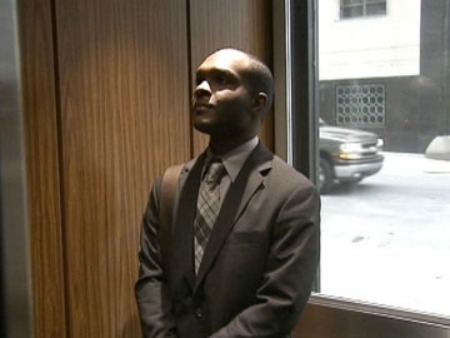 A member of gospel music’s most recognized families is headed to jail.

On Wednesday, Feb. 28 Michael Winans’ Jr. was sentenced to nearly 14 years in prison for an $8 million financial scam that left his victims penniless and in despair.

U.S. District Judge Sean Cox showed no mercy, asserting that as an long-time member of the Church, Winans knew right from wrong.

Making matters worse, Winans reportedly used the pulpit and his family’s name to reel supporters in. He falsely promised them a lucrative payoff for investing in Saudi oil bonds. One victim took the stand to tell his story of losing nearly $100 thousand, stripping him of his life savings, his marriage and even relationships with family members.

Winans apologized in court, acknowledging the wrongfulness of his actions. While he alleged that he had no “malicious intent”, he also admitted to continuing to collect money when he learned the bond was bogus.

Between 2007 and 2008, Winans attracted nearly 1,000 investors, many of them through word of mouth. In classic ‘ponzi scheme’ fashion, he relied on relationships with friends to lure in financial backers. Winans promised quick returns, taking people’s money and using it for personal expenses and to pay off others who had invested earlier. When failure became apparent, Winan’s system helped relieve him of the blame. Many who were duped began to lash out against those who recruited them.

Over 50 letters from victims were sent to Judge Cox, chronicling Winans’ scheme and its terrible effects on their lives.

Winans, 30, is a third-generation member of the famous family. His father, Michael Winans Sr. is a member of the Winans brothers’ quartet. Winans Jr. is a performer in his own right. He was a member of Phase II, a group composed of him and his cousins. In 2011, he released an album called ‘ My own genre’.

Unfortunately, the prospect of a successful music career appears far off the distance as Winans anticipates spending much of the rest of his life behind bars.