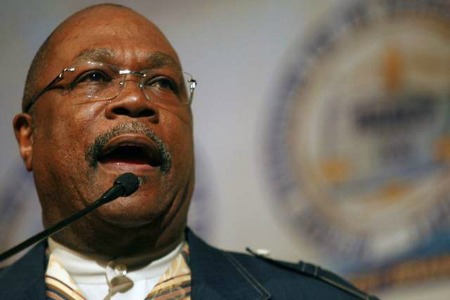 The largest city in Michigan now faces the possibility of having to surrender its control over to state government. Is that the only solution to Detroit’s troubles?

In the midst of mounting financial woe, it is yet and still apparent that many of the city’s residents don’t want to see local elected officials lose their power.

Detroit’s NAACP held a press conference on Tuesday, Feb. 26 expressing its disapproval of Gov. Rick Snyder possibly appointing an emergency manager to takeover the city’s finances. Shortly before, the group hosted Mayor Dave Bing as guest speaker in a session not open to media.

“We do not believe this is the way Detroit can be brought back to the full measure of its greatness,” said Rev. Wendell Anthony, President of the NAACP’s Detroit Branch.

Representatives and residents alike urge Gov. Snyder to consider a partnership as opposed to a complete takeover of the city. Rev. Anthony expressed that an emergency financial manager will not be an overnight solution to the problems that have been developing over the past 50 to 100 years.

Speaking to a packed crowd at the Detroit branch office, Rev. Anthony expressed what he wants most for the governor to understand when it comes to assuming control of the city.

“It is important for Governor Rick Snyder to recognize that once you come into Detroit with the hammer of an emergency manager, you, too, own it.”

Rev. Anthony reiterated to press conference attendees that governing the city is not a responsibility to be taken lightly.

“That means you own the necessity to bring jobs, educational reform, security for all neighborhoods, public lighting, transportation, not just downtown development but neighborhood development, human services and economic opportunity for all Detroiters to participate in the benefits offered by our city and state.”

The general sentiment of Detroit’s NAACP follows that the city maintain control of itself, and that its current leaders continue to manage its affairs.

“I didn’t vote for an emergency manager, a consent agreement, or bankruptcy. I voted for democracy,” said Anthony.

Acknowledging the constant clash that exists between the mayor and city council, Rev. Anthony nevertheless, expressed the quarrel is not unlike that which exists in other cities.

After a 6-member team of state-appointed officials determined Detroit in a state of “financial emergency”, the pressure has swelled for Gov. Snyder to decide whether or not to appoint a manager to take control of the city.

Detroit’s NAACP expressed it simply wants the state to come the city’s aid.

“Democracy should not be taken from Detroit or any city in the state. Has Michigan become the new Mississippi of our day? There’s no evidence to suggest simply by the appointment of an emergency manager all problems will be solved,” said Rev. Anthony.

If an emergency financial manager can’t do it, then what will resolve Detroit’s distress?