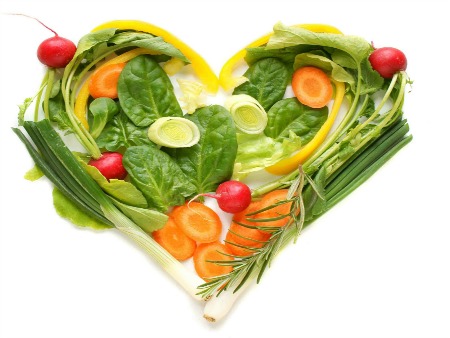 About 600,000 Americans die of heart disease each year, which is one in every four deaths.

Heart disease is the leading cause of death among adult men and women in America. One of the major factors that contributes to an increased risk of heart disease is your diet. It’s important to eat foods that help your heart and overall health. February is American Heart Month, and in honor of this, below are some heart healthy foods to add to your diet.

Oatmeal is among one of the healthiest foods you can eat for breakfast. Oatmeal can help to lower levels of “bad” LDL cholesterol, which can help prevent heart disease and heart attacks.

There is evidence which shows that tomatoes help reduce the risk for cardiovascular disease. The antioxidants in tomatoes, such as lycopene, vitamin C and beta-carotene, work to neutralize free radicals that could potentially damage cells and cell membranes. This neutralization helps to prevent atherosclerosis, an artery related disease.

Researchers from Pennsylvania State University found that pistachios help to lower levels of LDL cholesterol. This benefit is from the antioxidants, good fats and plant sterols found in pistachios.

You know the saying, “an apple a day keeps the doctor away,” but did you know it’s true? Studies have shown that eating an apple or two a day may reduce heart disease risk factors. Apples contain pectin, a soluble fiber, which helps to lower cholesterol levels by blocking cholesterol absorption.

A study conducted in 2011published by the Journal of Epidemiology, found that there is a correlation between eating citrusy fruits, like lemons, and lower incidences of cardiovascular disease. The study also revealed that those who ate lemons had a lower chance of a stroke.

Spinach, similar to other dark green veggies, contains beta-carotene. Beta-carotene is an antioxidant that works to fight heart disease and cancer. Raw spinach is also a good source of vitamin C.

A study conducted by the United States Department of Agriculture-Research, Education, found that blueberries help prevent cardiovascular disease. The benefit is from the antioxidant effect of the blueberries, which work to reduce oxidative stress that leads to heart disease.

Researchers at Pennsylvania State University conducted a study on the benefits of peanut consumption and found that those who consumed a greater amount of peanuts had about a 35 percent reduced risk of coronary heart disease. this effect is a result of the peanuts’ ability to lower cholesterol and its antioxidant and anti-inflammatory components.