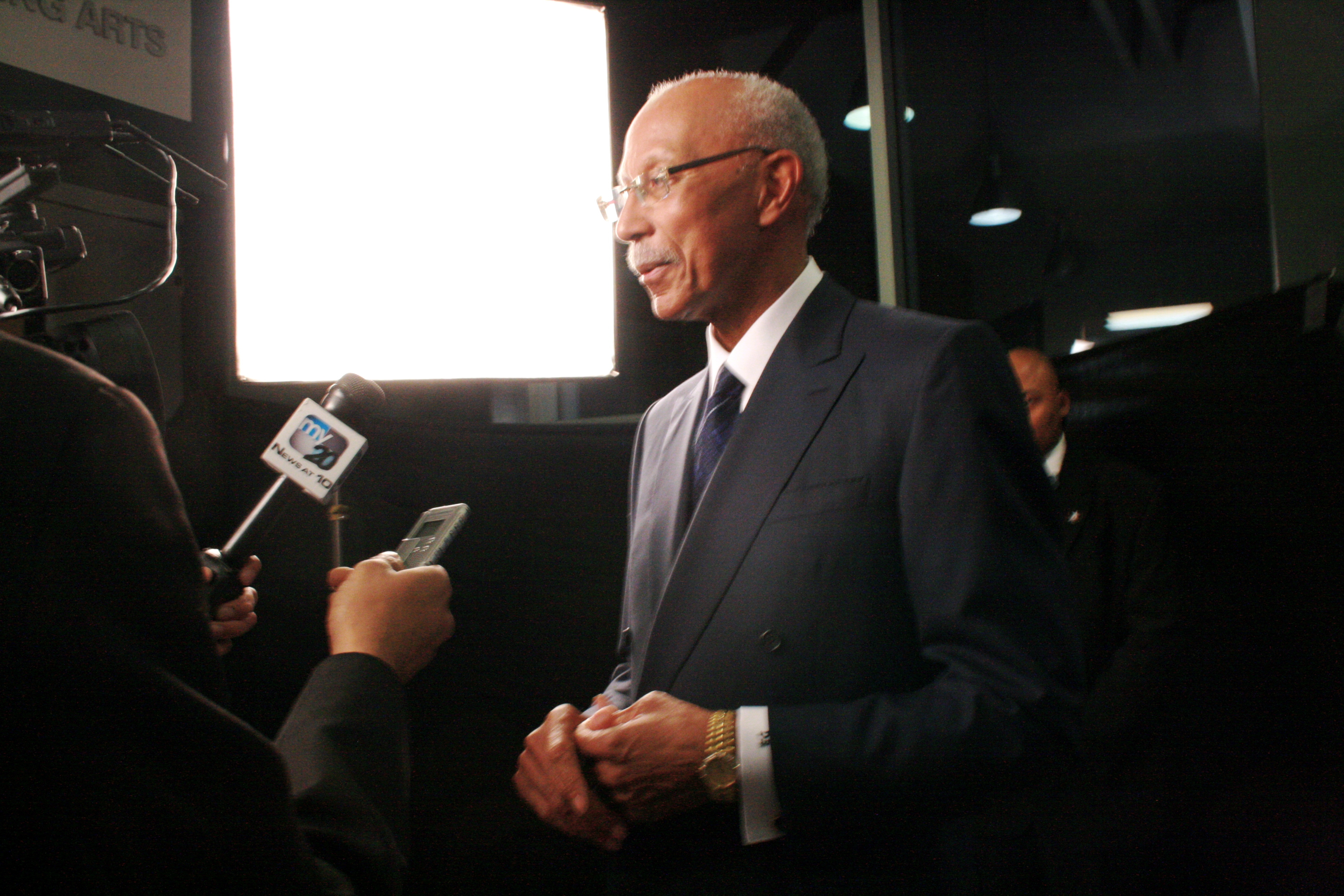 In his fourth (and possibly last) State of the City Address, Detroit mayor Dave Bing avoided the fact that the city is likely about to fall under state receivership.

His only acknowledgement of the issue  came when he boasted that his administration has had “no emergency manager to date.”

Local political pundits took to the social media website Twitter to point out the Mayor’s game of dodge ball on the topic.

“Bing should also take credit: No swarms of locusts since he has been mayor. To date, that is. #BingSOTC2013”

“Bing speech sounds like its being delivered by a guy who knows it soon won’t matter.”

The tweeting pundits noted that much of the Mayor’s claimed progress in the city has come from handouts rather than internal changes.

“As Mayor points out, the business & philanthropic community are moving forward. It’s city government that is failing. #Detroit #SOTC”

“Mayor Bing lists accomplishments; he can be proud. But most came by way of federal funds. He better hope that keeps coming. #BingSOTC2013.”

Riley took the chance to note something else: Recently Bing closed 50 city parks due to a $6 million budget shortfall but…

Interestingly, Wayne County Sheriff Benny Napoleon, who is planning a run for mayor in 2013, tweeted his agreement with the Bing more than once during the speech, avoiding criticism of his possible opponent in the race.

“Again I agree, public safety must be the top priority of any administration. #Detroit #BN4theD #SOTC.”

Detroit Mayor Bing refuses me as his interviewer after State of City. Fox2 bosses Refuse him airtime all together. I work for a good org.

Bing also avoided giving any hints as to whether he plans to run for re-election this year.

Did anyone else watch the State of the City? Your thoughts?