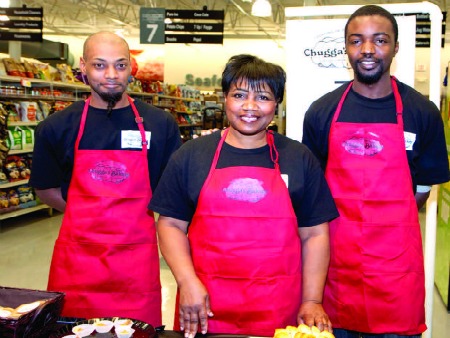 Ruth Bell’s story began when a retired schoolteacher taught her how to bake as a child. What started as a casual side business has grown into a full-time commitment to keep up with demand at Chugga’s Main Street Bakery, which she has owned and operated for more than 10 years.

Customers line up early to grab Chugga’s homemade rolls and jalepeno cheddar corn bread, but it’s the monkey bread that brings them back again and again, according to Herman Wright, a longtime customer.

“Her monkey bread is like a little slice of heaven,” said Wright. “Even though my wife’s an excellent cook, she can’t throw down bread like Ruth Bell can.”

The market-tested entrepreneur landed a spot in the Michigan Economic Development Corporation’s commercial kitchen pilot program in 2012 and credits the program for her tremendous growth.