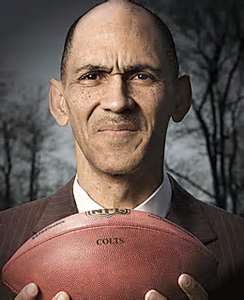 History has a wonderful way of righting its wrongs. A person in South Africa no longer lives with the oppression of apartheid, Americans have a black president and sports can no longer be compared to slavery as it has often been suggested. Never before have the atrocities of man been more transparent than with the advent of the 24-hour news cycle.

“There have been comparable times in history when sports have been at the center of culture and seemed to dominate the landscape,” Roone Arledge, the former president of ABC News and the man who brought us Monday Night Football, once said to NFL. “Whether in Greek society or in what used to be called the Golden Age of Sports…everything is magnified by television.”

As the turn of the century approached, ESPN became a monopoly, the internet came into our homes with blinding speed and before you knew it, a new star beyond Hollywood had been created — the American athlete. The salaries of athletes escalated beyond ones imagination and so did the profile of the men who coached them. Instantly, coaches were the face of a franchise. Bill Parcells and Mike Ditka quickly come to mind.

But there was one problem. You had teams dominated by people of color, being coached by white men. And in a country where image is everything and the talk of race is still a touchy subject, like religion and politics, this was not a good look, particularly for the NFL, where 70 percent of the players are black.

The NFL has been around for 90 years now and there have been, get this, a mere 10 black head coaches, which has us again talking about the Rooney Rule, which requires that NFL teams interview at least one minority coaching candidate before making a new hire..

Only five blacks had previously coached in the NFL, beginning with Art Shell in 1989, and only two held the position when the rule was adopted in 2003. The following year there were five, and between six and seven every year since, including two of the last five Super Bowl winners. These numbers have people questioning whether the rule has outlived its usefulness.

“I would hope we’re at the point where the Rooney Rule is not necessary,” said Tony Dungy, former head coach of the Indianapolis Colts and current NBC analyst, to Sports Illustrated. “But even if we are, there’s still some good things, some benefits that come from it. The biggest thing it has done, to me, is slow down the process and encouraged people to look at a broad spectrum and interview a lot of different guys. That helps everyone. It helps the person who ended up getting the job, and it helps the person who was looking.”