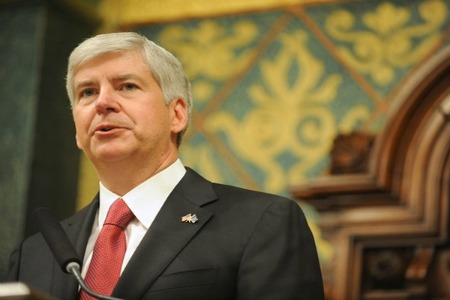 As the state of Michigan recovers from a crippling recession and people work to get back on their feet, Gov. Rick Snyder is working on some form of relief.

Snyder is working to make it possible for close to a half million low-income state residents – who are currently uninsured – eligible for Medicaid-funded health care.

Needless to say, it would be an incredible help to those in need throughout the state. Snyder said Wednesday that there is a plethora of low-income adults who don’t fit into any of the current eligibility categories. Therefore he wants to expand the state’s Medicaid rolls by roughly 470,000 people. Currently there are 1.9 million people receiving benefits.

“We’re all here to support expanding Medicaid,” Snyder said at a news conference called by a large coalition of groups that support the expansion. “We’re moving forward with care for people who need it.”

Unfortunately, Snyder’s support, which he announced the day before he will unveil his 2014 fiscal year budget, does not necessarily translate into an expansion of the federal program. He does have some detractors. The state legislature has many people who are not sold on anything associated with the federal Affordable Care Act. Their argument? Will such an act drain the state’s treasure chest when federal support starts in 2017?

“The federal government has a history of working with states to start long-term programs while providing only short-term funding, and then sticking state taxpayers with the future financial liability that program creates,” said Ari Adler, spokesman for House Speaker Jase Bolger, R-Marshall to the Detroit Free Press. “We simply want to make sure we have the answers we need before making any decisions.”

The expansion would be part of the federal Affordable Care Act.