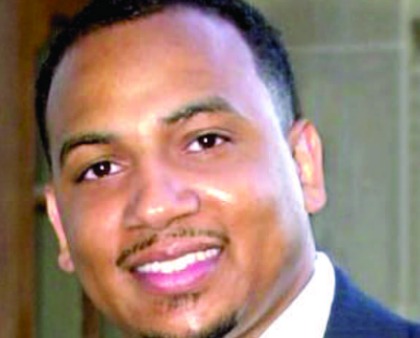 During the presidency of Barack Hussein Obama, the Commerce Department’s Minority Business Development Agency (MBDA) and U.S. Census Bureau released new data from the U.S. Census Bureau’s 2007 Survey of Business Owners showing that the number of African American-owned firms in Detroit grew to more than 32,000. In the entire United States, the number increased by 60.5 percent between 2002 and 2007, to 1.9 million firms. African American-owned businesses also drove job creation over the five-year period, with employment growing 22 percent, which exceeds that of non-minority-owned businesses.

“We are encouraged by the overall growth of the minority business community, including African American-owned businesses, but we still have a lot of work to do,” said MBDA National Director David A. Hinson. “Creating new businesses and new jobs on a path to entrepreneurial parity in size, scope and capacity is our primary goal.”
With more than 32,000 Black-owned firms, Detroit is ranked 4th in the country, behind New York, Los Angeles, and Chicago. Detroit is also among the top cities for producing Black women-owned businesses. Catherine Clifford of CNN Money reports that among large cities, New York City had the most Black-owned businesses (154,929, or 8.1% of the total); however, Detroit had a higher percentage of firms that are Black-owned (64%).

As part of any economic plan for the city of Detroit, Black-owned businesses are an untapped economy ready to explode. If programs, resources and capital would be directed to these firms, Detroit’s revitalization would not be far behind. Small businesses are job creators, and entrepreneurs refurbish desolate environments. It is surprising that economists, economic development agencies, philanthropic foundations and private corporations that believe in corporate responsibility haven’t noticed the low-hanging fruit right in the city’s back-yard. If the 32,000 Black-owned firms were to hire just two additional people per enterprise, 62,000 jobs would be created in Detroit.

Although Detroit’s key stakeholders and leadership lack the focus to develop under-served urban economic centers, entrepreneurs find a way to — or make one. Black-owned firms grew faster, both in number and sales, than U.S. firms did as a whole over a five-year period, according to the latest data available from the Census Bureau.

“Black-owned businesses continued to be one of the fastest-growing segments of our economy,” said Thomas Mesenbourg, deputy director of the Census Bureau, in a written statement.

Michigan’s recession had a tremendous impact on Detroit’s economy and its private sector. Many corporations began to see demand sink and sales plummet. This was a wake up call for Black folks in Detroit, which has the largest density of Black people outside of the continent of Africa in the U.S., with a Black population of more than 500,000. The unrestrained corporate downfall in Michigan forced layoffs and shortened hours, work and pay, which has inspired many African Americans to go back to their post-slavery roots — entrepreneurship.

“At the same time, layoffs have inspired many African Americans to leave the corporate world to start businesses,” said Alan Hughes, editorial director of business at Black Enterprise magazine. Because of these competing trends, “it is tough to say at this point whether you see a net gain, loss or a wash” in Black-owned businesses since 2007.

This was a time when African Americans — who are usually the first to fire and last to hire — sought refuge in small business ownership, which allows for more flexibility in controlling their own financial destinies.

What is alarming about the tremendous growth of Black businesses in Detroit is the fact that African Americans start businesses but don’t have the necessary resources, capital or networks to stay in business. Out of the 32,000 Black-owned businesses in Detroit, 90% of them have between one and four employees. Thus, capacity is an issue, as is growth.

Black businesses were hit extremely hard during the recent recession. In particular, credit dried up. This hit Black-owned businesses especially hard, said Lucy Reuben, a professor at Duke University’s Fuqua School of Business. “There is no lack of ideas and talent,” said Reuben. However, “lack of capital continues to be a very, very difficult challenge for Black business growth.”

Detroit’s economy is on the cusp of innovation, an entrepreneurial revolution, and diversification of its economic future.

Detroit’s future can thrive by developing and assisting its entrepreneurial communities. We can’t ignore a city that is majority African American, nor can we disregard the communities that make Detroit great. Black businesses have a future, but will the powers that be nurture its potential or just follow history’s course of doing nothing? Entrepreneurs create green, no matter if White, Black, Brown or Yellow produced it. Detroit is the Black Mecca.

Ken L. Harris is president/CEO of the Michigan Black Chamber of Commerce and former Detroit Charter Revision commissioner. He was appointed to the U.S. Black Chamber of Commerce in Washington, D.C. He serves as the Midwest regional director over 12 states and is a Ph.D. student at Michigan State University in African American and African Studies, specializing in entrepreneurship within the Eli Broad School of Business. To contact him, visit www.MichiganBlackchamber.com or call (313) 309-3316.