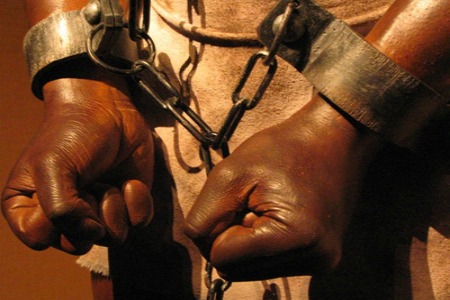 Would you rather learn about royalty, riches and intelligence during Black History Month or slavery, again? Dion Rabouin writes on the Huffington Post that the annual reflection on African-American history is mistakenly filled with stories of blacks in chains, as if that’s the most important part of our collective story.

Young black school children don’t learn that our people mapped, calculated and erected some of the greatest monuments ever, like the pyramids, the sphinx and the obelisks (after which the Washington Monument is modeled) or that our people were literally the lifeblood of some of history’s greatest civilizations. They don’t learn that calculus, trigonometry and geometry all trace their origins back to African scholars.

Black History Month lessons never begin with Haile Selassi I, ruler of Ethiopia, who could trace his ancestry to King Solomon and the Queen of Sheba and beyond that to Cush in 6280 B.C. Never mind that Selassi actually has the most ancient lineage of any human being in history.

Black History Month lessons certainly never begin with one of the greatest conquerors the world has ever known, Hannibal, an African who conquered and extended the rule of the Carthaginian Empire into Italy, Rome and Spain. Most school children (and most adults, truth be told) don’t even know that Carthage, Hannibal’s homeland, is in Africa.