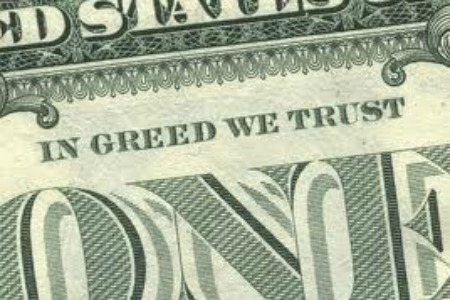 Life for the black athlete in America has drastically changed in less than half a century. Yet despite the multimillion-dollar contracts, endorsement deals and free agency, professional athletics suffer from a huge void.

I grew up during the 1970s and ’80s with superstars who made our jaws drop — whether they were in uniform or not. They were champions on the field. They were leaders off the field. I don’t see anyone out there today who fits this description. Correction: I do. But it’s often for the wrong reason.

This came to me as I was watching the Super Bowl last night, a stage so large, where voices can be heard. I couldn’t help but be saddened and wonder where the voice of the engaged, passionate and socially conscious athlete had gone. What happened to Muhammad Ali? What happened to Jim Brown?

Ali was more than a physical specimen; he was a winner. He was a personality that created a legacy and spirit of goodness and humanity. Ali was an artistic, unrestricted man of vision and change. But while Ali was as much a political wonder as an athletic one, Michael Jordan was as close to superhero status as any man of our time.

Jordan’s was the quintessential image of the ’90s, even though his apolitical stance on issues concerning the black community was legendary, and he once went so far as to say, “Republicans buy sneakers too” when asked for an important endorsement of a black Democratic politician. One of the things that people liked about him was that he was ruthlessly unapologetic about who he was as a person. He wore tailor-made suits, played golf, smoked cigars, gambled and talked in the third person. Let’s just face it: Despite his shortcomings, Jordan was cool.

But his cool and unapologetic personality seems to have ushered in a new type of modern athlete, and perhaps triggered the extinction of the socially conscious sports icon. He obviously didn’t pass along to the top athletes of today what he learned from superstars like Magic and Dr. J. You see, icons are a combination of charisma, social consciousness and media creation, and whether it’s Jordan or Joe Namath, they somehow become bigger than life itself.

Derek Jeter has been with us now for more than 15 years and has won a surplus of championships with the Yankees, and yet we still have no idea who he is as a person. After 10 years in the NBA, LeBron James has started winning, but who is he? What does he stand for? Today’s athlete gives the impression of wanting to please the establishment first and foremost. With a Black community in peril it’s almost as if they do not care. Keep in mind…I say this with caution, because I know for a fact that there are some professional athletes that really do care.

What we presently have is a plethora of walking and breathing companies that refuse to come down on the side of any issue, just like a Fortune 500 company that contributes to both political parties, no matter the outcome.

But we also have a generation of athletes devoid of personality, which makes it even worse. I wonder how so many sports stars can live with themselves and consistently ignore the issues of today. Let’s do a moral inventory of the problems that have affected, and continue to affect, us globally.

There are still tremendous problems in Haiti. And while Alonzo Mourning has done a wonderful job with his efforts, he seems to be alone. AIDS continues to run rampant in America and Africa. The high school drop-out rate among African Americans is atrocious, poverty is at an all-time high and the mass incarceration of black men is epidemic. The modern athlete represents the worst of the United States today: widespread selfishness and a distressing philosophy of corporate self-indulgence. Obviously, greed has changed the games we love to watch and play.
As the Super Bowl made its way into our living rooms, I couldn’t help but wonder…what will happen to these young men and women after they leave the confines and comfort of professional sports?

Unfortunately, I should be just as embarrassed. Because I have to ask myself what I’m doing to help change the problems that infect our communities. Maybe, just like me, athletes have become overwhelmed with the horrors that our people face.

I’m sure that the athletes and parents who paved the way for us all aren’t happy about the situation. At some point, we have to stop being scared and get in the fight. It’s the only way that heroes and icons are created. They gave us the blueprint. Don’t you think we need to follow it?