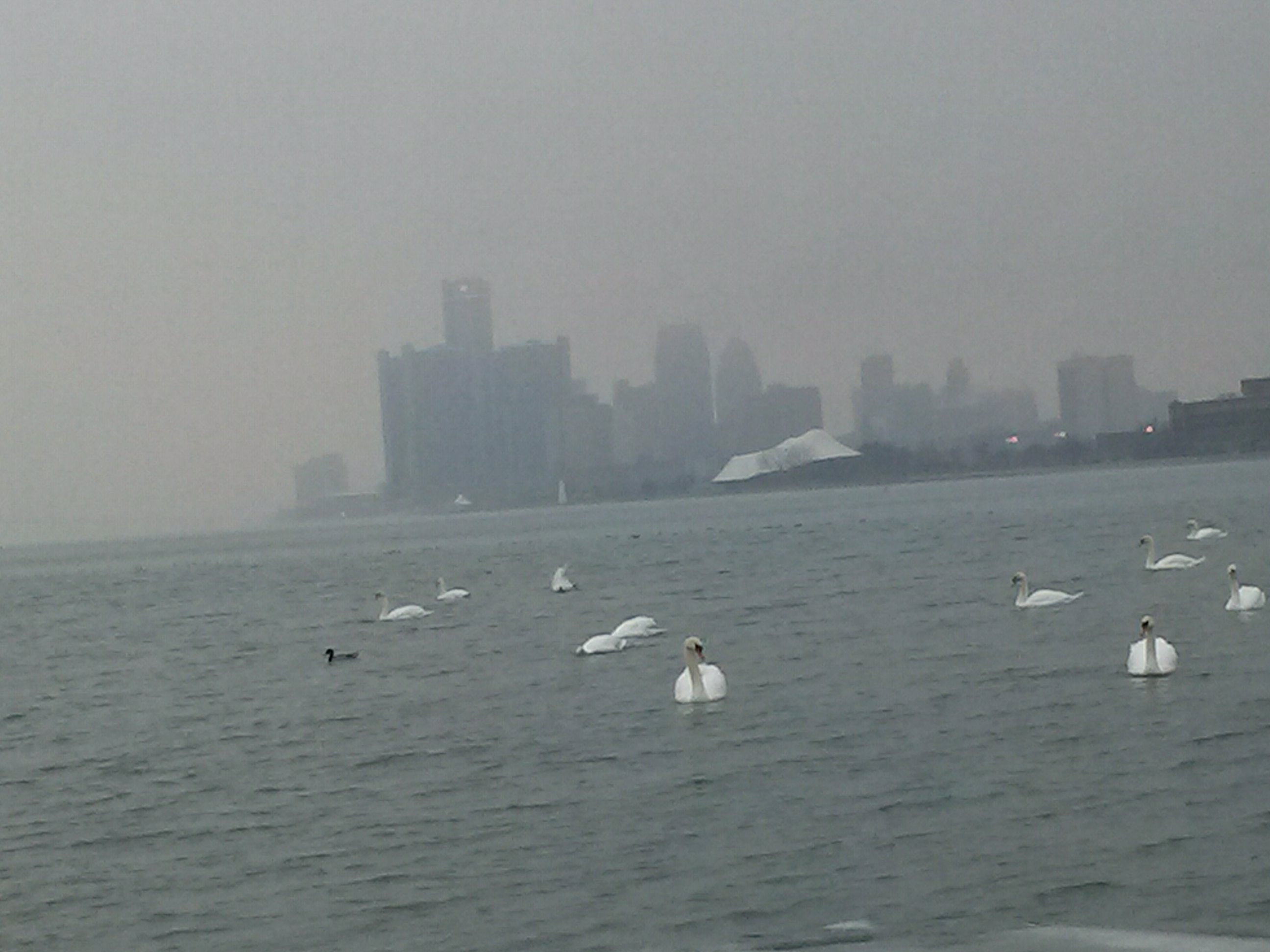 Take a minute to step outside the emotional and passionate debate over what to do—or what not to do—with Belle Isle and imagine this:

Just imagine, you’re a foreigner who lives across a river, let’s call it Swan River, and in the middle of the river there’s an island, say, Swan Island.

To you, Swan Island is just a place on a map, a place across the river to feel good about knowing what it is if a visitor asks—it’s a public park that’s part of a neighboring country, you would say. That’s it. And they never ask.

But one day, you’re bored so you cross the river for a change of scenery. It’s a foggy day in a mid-winter thaw and you, on a whim, decide to visit Swan Island to clear your head and get some fresh air.

When you get there, you see it’s a beautiful place. Swans bob peacefully on the river’s rippling waters. The island road gives an up-close stunning view of the City’s downtown area, and there’s nature everywhere, a spec of heaven in the Detroit River.

You decide to go for a jog in the bike lane to see more of the island. But the further you run the more you start to realize something: this island isn’t being taken care of like other parks you’ve been to. It seems like not many people care about the island because the trashcans are overflowing and the storm drains are so decrepit that amid the snow thaw has transformed a soccer field into a duck pond.

The flooding expands all the way into the bike lane, three inches deep. You running shoes are soaked through hand through. You have to go to the bathroom so you wade through the storm puddles in search of a restroom area, like they have in all the large parks you’ve been to.

Instead, you find an abandoned rest area and a row or port-a-potties outside of it.

With cold, soaking feet and a curious mind, you decide to ask people about the park.

You ask a couple who are taking photos of the swans: What’s going on here? Why is this beautiful place so neglected?

You are blasted with a cold response: that this place is not neglected, that it is a jewel; that you are an outsider who needs to mind your own business.

One person rants that the city that owns the park is led by a bunch of obstructionists who always say “no” and never have a plan to counter an offer with. Another person says a there’s a Fascist ruler in the province who wants to steal Swan Island from the people and that any problems on the island can be fixed by the city, not the province. They say the city, although it is in financial trouble, has to find away to keep up the 982-acre jewel on the river without giving it up.

Another person says the leader of the province is not a tyrant at all but rather a concerned citizen who really wants to see Swan Island cleaned up and maintained properly– something that the city cannot afford. But after all the name calling and bickering from the city, this levelheaded ruler recently abounded his effort to try to help restore the island.

Another person says they are getting a group of billionaires together to buy the island and turn it into an exclusive tax autonomous commonwealth for wealthy investors and secede it from the city, the province and possibly the country.

You feel like you just stepped into some bizarre dream where passion leads and there is no logic.

It quickly becomes obvious that it’s not that people don’t care about Swan Island but that perhaps people care too much. I mean, these people really love this place, so much so that’s it paralyzing. They all seem blinded by emotion and heated debate, firing off at one group or another for being “the problem”.

Not one person you talk to has a calm, comprehensive outlook on the issue. Grown adults are pointing fingers like kids on a playground. When will that fire be squelched?

Will people ever calm down and work together?

If there is so much passion, why are there not volunteer groups picking up trash? If the province cares so much about the island, why don’t they offer a grant to help fix its drainage problem?

And if city leaders are so determined not to go through with any plans that are on the table, why don’t they create a plan of their own?

It starts to rain so you get in your car, all soggy and cold, and drive home.

One passionate bombardment of arguments is enough for one day.

Back home, across the water, Swan Island is still that green stretch in the fog.

Maybe the people in that province need to see it from your angle, you think. Just take a step back and cool off, put themselves in your soggy wet shoes for a second.

Then maybe when the fog lifts and the anger subsides, they’ll be able to roll up their sleeves and use their passion for the place (which is remarkable and in many ways admirable) to sculpt a real solution and not an elementary name calling fight.