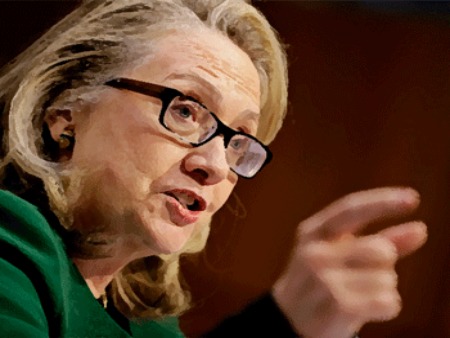 As President Barack Obama prepares for a second term and Secretary of State Hillary Clinton exits the administration, there are Black leaders and others who suggest that Clinton might have been better for African Americans.

On Sunday, while appearing on Meet the Press, NAACP President Ben Jealous said, “Right now when you look at joblessness in this country – the country is pretty much back to where it was when this president started. White people are doing a bit better. Black folks are doing a full point worse.”

Which gave people the opportunity to openly ponder: Would African Americans have been better off if Clinton had won the presidency?

Jealous’ remarks opened the door for what many African Americans, who were hopeful that a Black presidency would lead to an improvement in conditions for Blacks in America – had already been thinking.

In an interview with The Root, the former chair of the Congressional Black Caucus, Rep. Emanuel Cleaver (D-Mo.), said, “Well, I’m supposed to say he doesn’t get a pass, but I’m not going to say that. Look, as the chair of the Black Caucus, I’ve got to tell you, we are always hesitant to criticize the president. With 14 percent [black] unemployment, if we had a white president, we’d be marching around the White House.”

Mark Christie, a Detroit based entrepreneur who is Black, called the comparisons unfair.

”We still have a civil rights (era) mentality, but we’re not living in a civil rights-based world anymore,’ he said. ‘We want to say, `you’re black, so you need to stand behind black people…when in reality we have no idea if she would have been better.”