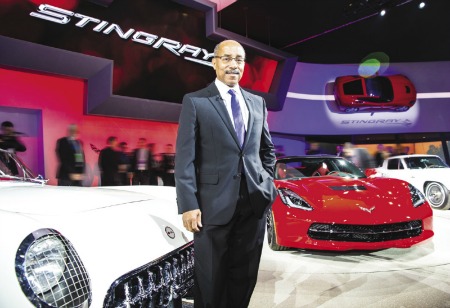 The North American International Auto wrapped up yesterday with its highest attendance numbers since 2004. 795,000 general attendees and 55,000 journalists from over 60 countries showed up to make the NAIAS a success. Those numbers are up 25,000 from last year.

The American people or at the very least Mid-westerners can take this a sign that economy is creeping back. More Americans are willing and able to spend money on non-essentials. In an interview with WWJ, Jim Seavitt and this year’s show chairman sited more reasons why attendance was so high.

“I think the economy is back, number one. Number two, every manufacturer is down here and they all brought their A-game; with the enthusiasm of manufacturers that spread to the journalists, but then spread to a lot of the TV and radio stations – I think excited the public to come down here.”

The public had a lot to be excited about. The technological advances being made in car engineering are astounding. The Auto Industry really showed out, debuting cars with vehicle to vehicle communication, night vision driving, massaging seats and let’s not forget, sleek exteriors. The biggest draw: the 2014 Corvette Stingray.

The North American International Auto Show gave us a glimpse into the not so distant future.

Congratulations NAIAS on a job well done. Here’s to next year being bigger and better.