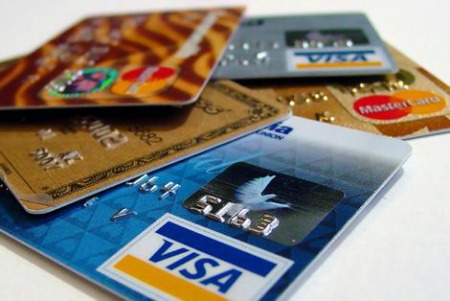 You might want to think twice before whipping out your credit card. As of Sunday, stores in most states could start charging you a “checkout fee” when you pay for something with plastic.

The new fees stem from a multi-billion dollar settlement announced in July between credit card issuers and millions of merchants.

Visa (V, Fortune 500), MasterCard (MA, Fortune 500) and nine major banks agreed to a $7.25 billion deal to settle charges that they were fixing credit card processing fees. As part of the settlement, credit card issuers said they would reduce these “swipe fees” — fees paid by merchants to issuers when cards are used — but only for eight months.

In addition, the settlement also gave retailers the option to tack on a surcharge if a customer uses a credit card. The retailer can only charge enough to cover the processing costs, which is about 1.5% to 3% of the total purchase, according to watchdog group Consumer Action.

This fee doesn’t apply to purchases made using debit cards. And it will still be illegal to charge the new fee in 10 states, including New York, California and Texas.

Many big players in the retail industry have been up in arms about the settlement. Stores from the nation’s largest retailer down to small businesses have lamented the agreement, claiming that it transferred the wrongdoings of credit card issuers to the consumer.

In November, the National Retail Federation and more than a dozen retailers asked a judge to reject the proposed settlement. In a brief submitted to a U.S. District Court judge in Brooklyn, N.Y., the trade organization wrote that the new fees threaten a merchant’s ability to keep prices low for customers.

Wal-Mart (WMT, Fortune 500), Macy’s (M, Fortune 500), JCPenney (JCP, Fortune 500), Limited Brands (LTD, Fortune 500), Gap Inc (GPS, Fortune 500). and The Neiman Marcus Group were among those who joined the NRF in claiming that “raising consumer prices by adding an ‘interchange tax’ is no remedy for Visa’s and MasterCard’s continuing monopoly abuse.”

In a separate statement, Wal-Mart said that it would cost consumers “tens of billions of dollars each year.” Target (TGT, Fortune 500) called the agreement “bad for both retailers and consumers.”

Merchants have a choice as to whether to implement the surcharge, but it poses quite a dilemma for them: Either get stuck footing the bill for the swipe fees, or risk transferring the cost to customers in an already competitive environment.

Last summer, Target said it had no interest in charging customers who use credit cards more “in order to allow Visa and MasterCard to continue charging unfair fees.”

MasterCard said it doesn’t expect most merchants to put the surcharge into effect, since stores won’t want to drive away business.

“We anticipate that they will not impose checkout fees, particularly because the value merchants derive from card acceptance far exceeds their costs,” the credit card company said in a statement.