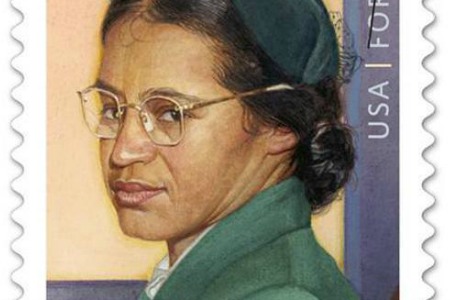 Rosa Parks, the late legendary civil rights activist, is receiving a special honor this year to commemorate what would have been her 100th birthday.

According to USA Today, the U.S. postal service will be unveiling a stamp that features her image.

Parks became a household name when her act of civil disobedience (refusing to sit in the back of a bus during the segregation era) helped spawn the Montgomery Bus Boycott in 1955.

“Stamp collectors and other people travel to events like this because they want to be part of history,” Don Neal, editor of Reflections, a newsletter published by the Ebony Society of Philatelic Events and Reflections, told USA Today.

The unveiling ceremonies are scheduled for February 4th at the Charles H. Wright Museum of African American History in Detroit and the Henry Ford Museum in Dearborn, Michigan.