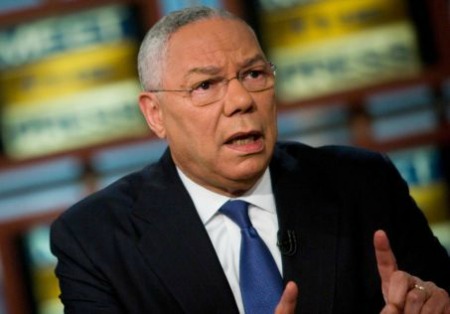 For many years now, African Americans have dealt with a Republican Party that has ignored its plight.

So when Colin Powell, who was the first African American to serve as secretary of state, said: “I’m a moderate, but I’m still a Republican,” on NBC’s Meet the Press, many Blacks were happy as he stirred some feathers. He talked about his party’s “dark vein of intolerance in some parts of the party,” clarifying in plain language: “What I mean by that is they still sort of look down on minorities.”

What a powerful revelation by an African-American insider.

He made a point to talk about Sarah Palin’s use of the term “shuck and jive” — which Powell called “a racial-era slave term” — in a Facebook post about the president. He also referenced Mitt Romney campaign surrogate John Sununu’s dismissal of the president as “lazy” after his poor performance in the first presidential debate. Powell went so far as to insinuate that historically, racial slurs often followed when a black man was called lazy. “He didn’t say he was slow, he was tired, he didn’t do well; he said he was ‘lazy.’ Now, it may not mean anything to most Americans, but to those of us who are African Americans, the second word is ‘shiftless,’ and then there’s a third word that goes along with it.”

Powell’s critique rippled through the political chattering classes, in part because he is the highest-profile Black Republican to speak so candidly on the record about the party’s racial baggage. But his comments also highlight one of the major hurdles the GOP faces in its quest to reclaim the White House and the Senate: how to avoid stepping on the land mine that is race in the age of Obama and how to remain politically relevant when you are a predominantly white party in an increasingly brown country.