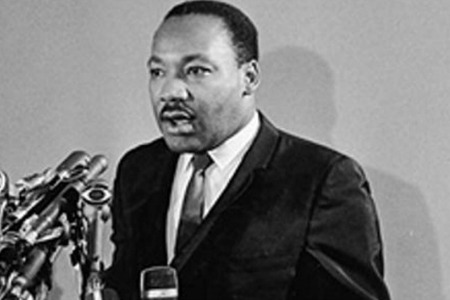 Throughout the movement, Maude Ballou was at MLK’s side, scheduling meetings and appearances.

According to the Charlotte Observer, shortly after the arrest of Rosa Parks in Montgomery, Alabama Ballou was personally asked by Dr. King to work with his group, a position that evolved into becoming his secretary.

During her time working for the civil rights leader, Ballou was given documents from both King and Rosa Parks. The documents included copies of King’s speeches and letters from him and Parks to Ballou.

When Ballou’s husband, Leonard Ballou, accepted a job in North Carolina, the Ballou family moved, along with the documents.

The King estate became aware of the documents in 2010 when an article was written on them. While Dr. King’s estate claimed in a brief in federal court in Jackson that the “documents are the property of Dr. King,” Maude Ballou testified that the documents were a gift and rightfully hers.

Historian and writer, David Garrow weighed in on the situation:

What makes this worse is what an un-material person Dr. King was. This was someone who throughout his life never took any financial benefit from the movement.