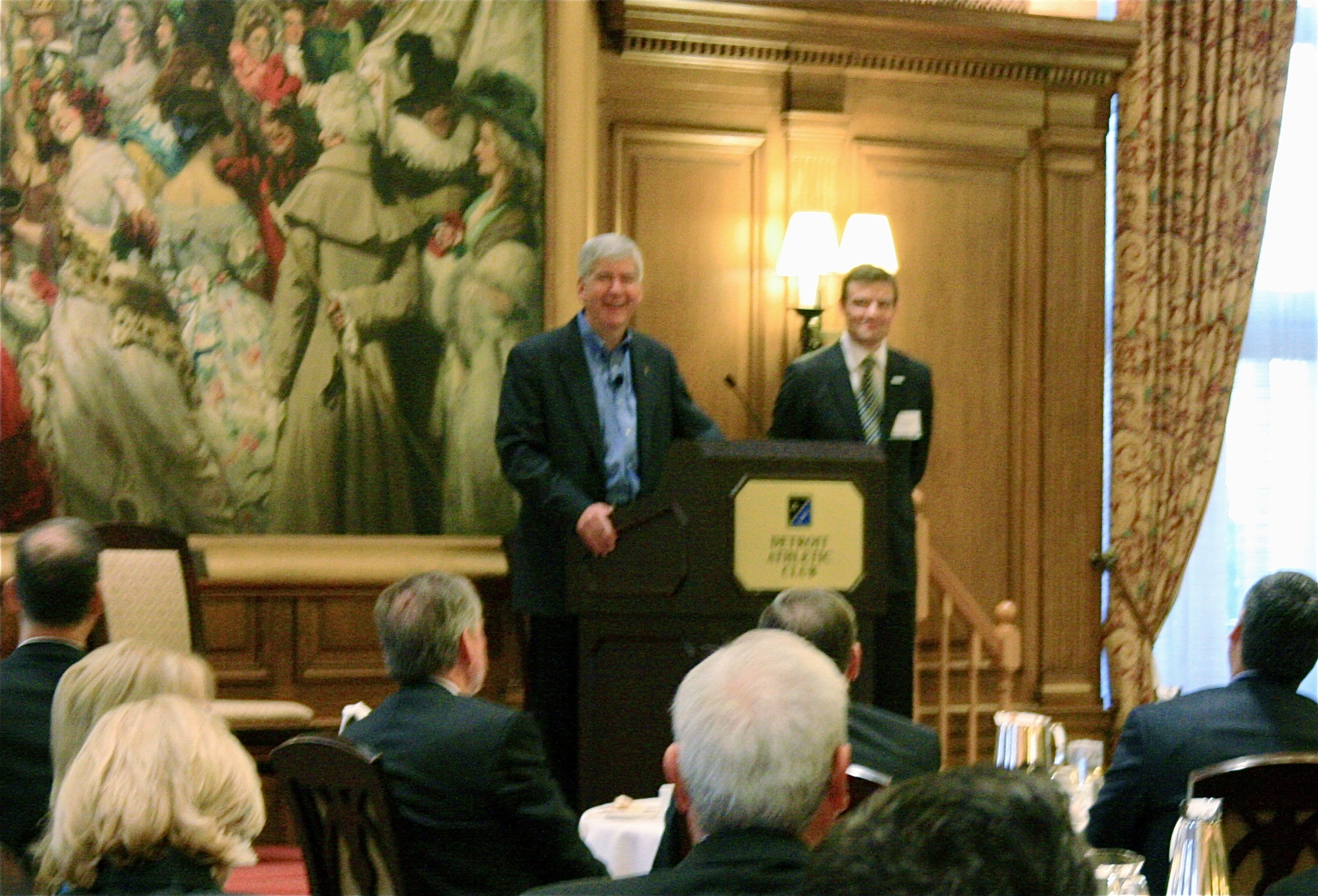 In his State of the State address Wednesday evening, Michigan Governor Rick Snyder did not bring up the issue of gun control despite President Barack Obama signing 23 Executive Orders earlier in the dayto restrict gun sales in hopes of curbing gun violence in light of recent tragic shootings.

Instead, Snyder touched on mental health policy, another key issue aqs the national conversation on gun violence continues.  Snyder, while he did not mention gun violence or it’s relation to mental health, said caring for the mentally disabled would “benefit all of us.”

Snyder suggested that public-private partnerships, not just public money would play a key role in funding mental health projects in Michigan in the upcoming year.

Snyder didn’t give any details in his speech such regarding any new projects or any specific companies the state  plans to partner with.  Rather, he offered a broad suggestion that “ great demonstration projects” will spur better and more preventative mental health programs.

“We started investing [mental health] and we’ve done some good work with mental health courts. But the issue is that we should be doing more to help people before they show up before a judge,” Snyder said in his speech. “So what I’m saying is, we need to work together in partnerships that well put additional budget resources towards.  But we need to partner on coming up with great demonstration projects and how to engage mental heath issues more effectively, get communities more involved, create more pub private partnerships and take care of people that deserve better attention that will benefit all of us. So let’s work on mental health.”

“Tonight I’m happy to announce we have received something from the U.S. Veterans administration. The state of MI is now going to be an accredited body,” Snyder said.

What does that mean?

“We’ve got great veteran service organizations—The American Legion The Purple Heart Association, Veitnam Veterans—many good people are doing that work but now we can works with them better. We can collaborate better. We can prosecute better claims for veterans in terms of benefits, so it’s major achievement.”

Snyder said Mchigan will have a new veteran’s agency by the end of the week. “We are going to stay focused on [veterans]. And we are going to show better results.”