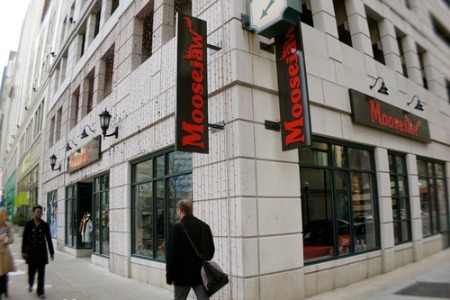 Downtown popup Moosejaw is digging Detroit so much that it just might stay forever, depending on whether or not sales remain strong. Originally scheduled to close December 22, the “outdoor outfitter” now has plans to remain open until at least the end of February. Moosejaw is renting the downtown space on a month-to-month basis from Dan Gilbert’s Bedrock Real Estate, and it’s hard to imagine Mr. Retail himself letting this fish off the hook. Especially when it’s such a quirky, locally-owned fish. The Free Press tells us that Moosejaw would be the first major retailer to open up downtown since CVS set up shop near Campus Martius in 2006.