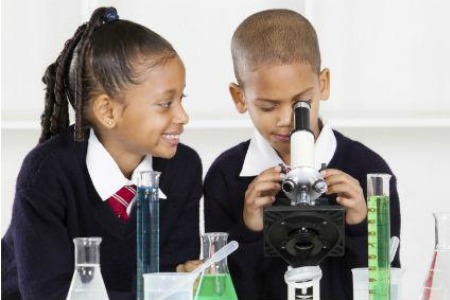 (Special to The Root) — Continuing their historical practice of working together to address issues of concern to the African-American community, the NAACP, National Urban League, United Negro College Fund and NAACP Legal Defense and Educational Fund are working cooperatively to improve educational opportunities for all students. This week we will run op-eds by the leaders of each organization, to address a crucial aspect of what it will take to prepare our young people to succeed in life. First up: The president of the NAACP addresses early-childhood education.

This month we commemorate the 150th anniversary of the Emancipation Proclamation, which set our nation on the path to the end of slavery.

Upon receiving their freedom, our ancestors’ first priority was to get an education for themselves and their children. In Georgia it was illegal for slaves to read, yet schools for slaves and freedmen had been operating in secret for years. When teachers publicly opened their classroom doors in 1865, they were met with an overflow of students. With scarce federal support but a true understanding of the value of education, they built dozens of schools using their own resources and their bare hands.

My grandmother is 96. Her grandfather was a slave until the end of the Civil War. She was educated in a one-room schoolhouse in Virginia that he helped build, and at a college he helped found.

In 2013, the Year of the Black Student, our desire for generational progress is as urgent as ever. As parents, we still demand that our children have better opportunities than we did. And we are still willing to sacrifice to make that a reality.

Yet our children are growing up in states that spend more and more on prisons and less and less on public higher education. They grow up in a nation that leads the world in incarceration but can no longer claim to lead it in job creation.

If we are going to deliver on our ambitions, we must do what our ancestors did: build a better America for our children with our own hands. We will need two things: a collective plan of action and an individual commitment to do whatever we must to ensure that our children get what they need to succeed.

A new NAACP action plan, “Finding Our Way Back to First,” sets out to empower communities with that plan.

One of the report’s key findings is that our children’s and our nation’s path to greatness begins well before kindergarten.

If you want to find the root of America’s intranational inequities and international decline, stop by your local elementary school. Decades of research show that the kindergarten classroom is the point on the graph where lines start to diverge based on race, class and socioeconomic status and, thus, where our nation’s educational performance starts to trail those of other countries.

From 1999 to 2007, the National Center for Education Statistics followed a geographically and ethnically diverse group of students, tracking their progress from kindergarten to middle school. They found that by the third grade, a low-income student who is reading below grade level is already 13 times less likely to graduate on time than a reading-proficient, wealthier peer.