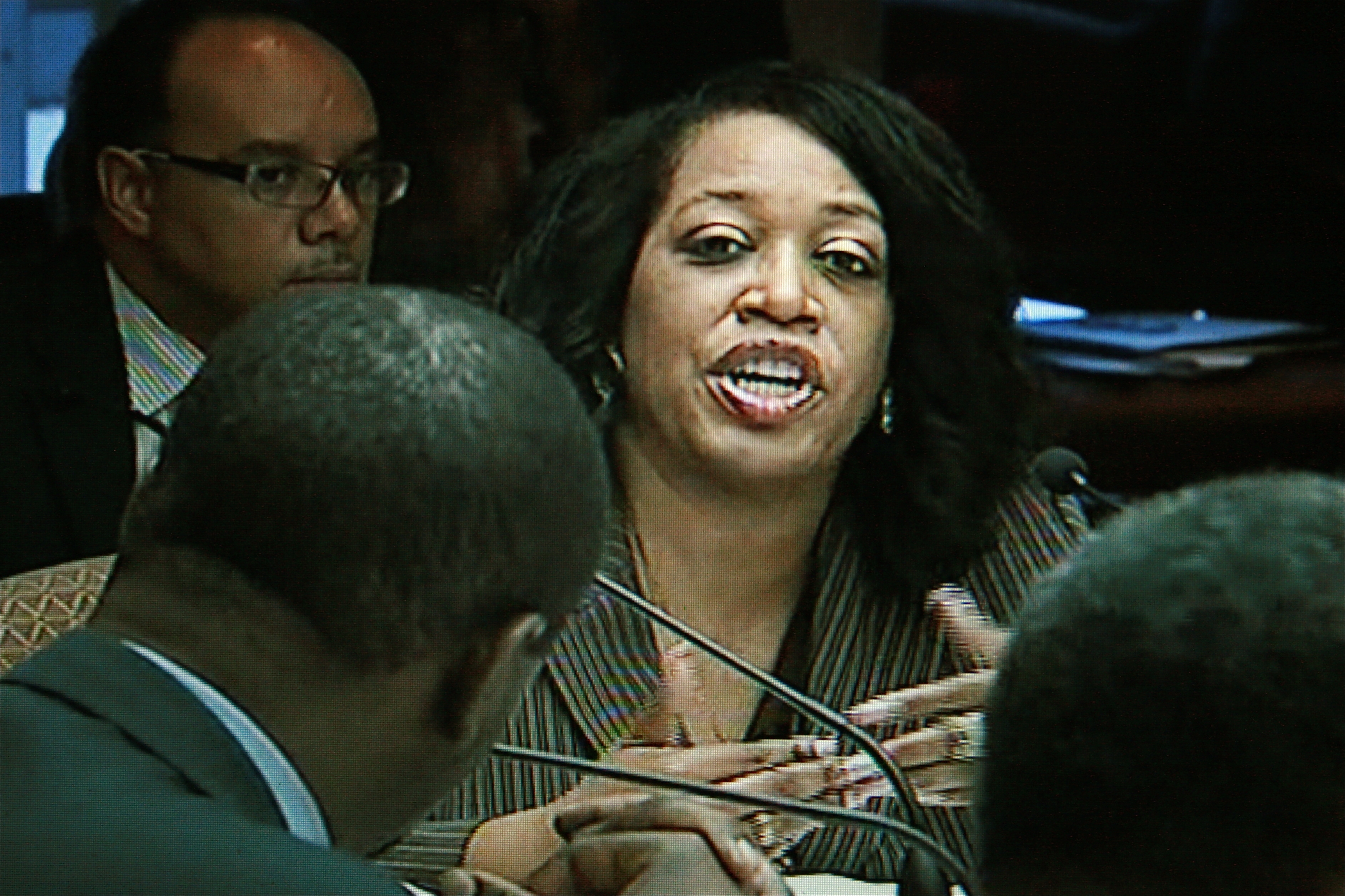 Less than a week after being ousted from her perch at the top of Detroit’s Law Department, former Corporation Counsel Krystal Crittendon has announced her intentions to explore a mayoral run.

Crittendon gained name recognition only this year after challenging the legality of the city’s consent agreement with the state this spring with a controversial lawsuit that pitted her against current Mayor Dave Bing as well as state officials.

At the time the Bing administration painted Crittendon as a rogue lawyer who acted out of line to dampen city progress. But Crittendon asserted that the lawsuit wasn’t about her, that it was about doing her job to make sure government was acting within the city charter.

Since then Bing has opted to hire his own lawyers from the private firm Miller Canfield a move that has cost the city more than $300,000, city bond ratings have slid further into the junk bin and Crittendon has been demoted.

But her hasty post-firing announcement of a possible run raises questions that one can’t help but ask: Was Crittendon planning a run all along? Did she make a big (and ultimately unsuccessful) show of an attempt to halt the consent agreement, (a controversial compromise tied directly to the unpopular emergency manager law) to gain name recognition and position herself for a plausible run?

It’s true, politicians have to stay continually ahead of the game, in months, sometimes years of strategically planning. A telltale sign is that Crtittendon says she already has eight people in place to run her exploratory committee with less than a week of job displacement behind her. She told The Detroit News she heard about her ouster over the news media “like everybody else”.

If that was the case, it seems like she had been planning a run for some time regardless of whether she would be fired.

In a radio interview with Mildred Gaddis on Inside Detroit WCHB-AM: News Talk 1200 Monday morning, Crittendon had all of her talking points ready, and still insisted that it wasn’t about her but about the law and the voice of the people.

It almost seems as if her rise to fame or in some cases infamy was a calculated power play. Which as far as poltics goes, would be brillaint. Or maybe the events of the past year steamed her up for a run.

“The papers have portrayed me as a polarizing figure,” she told Gaddis Monday morning. “This is not true. I can work with both branches of government, as well as residents and the business and corporate community. This is not about me.”

She said her legal actions to block the consent agreement gave people hope, that the legal fight got people “believing we can reclaim this city”.

Crittendon said she has seen an outpour of support, residents approaching her asking how they can help in her mayoral bid. She also struck on a cord that resonates with many Detroiters who are worried a state receivership would mean a loss of voice for residents by declaring that the city can manage its own financial crisis.

What would be Mayor Crittendon’s first action? A thorough audit, and a beefed up collections taskforce to get back money owed to the city, she said.

Although she obviously is against recievership, she said kowtowing to State pressure in order to stave off the dangling threat of an emergency manager is not her course of action. She said the state will likely appoint an EM anyway, so fear is not the answer.

“The City Council should not be afraid to take a bold stand and listen to the people, not be afraid,” she said adding that even if an EM is appointed prior to the election, “he will not be here forever”. It seems likely that after establishing herself as a fighter for the people, she has positioned herself in the spotlight as a sort of martyr, perhaps gaining a soft spot in voter’s hearts.

The second question is, will it work?

Pitted against the likes of former DMS frontman  Mike Duggan and Wayne county sherrif Benny Napoleon, Crittendon has some big fundraising to do. And fast.

It remains to be seen: What side of history will the woman who tried to stop Detroit’s state-mandated restructuring process fall on?