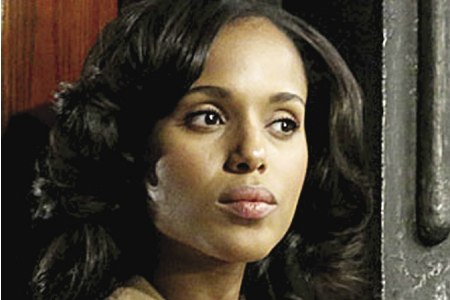 Back in 1972, when “Soul Train” was gaining mass popularity, gas was 55 cents per gallon, the biggest R&B record of the year was Al Green’s “Let’s Stay Together,” and Richard Nixon was president, Atlantic Records released a highly anticipated two-disc gospel album by Aretha Franklin titled “Amazing Grace.”

Interestingly, it is the best selling gospel album of all time as well as Franklin’s most successful album. It also won her a Grammy Award in the Best Soul Gospel Performance category.

Recorded live in a church with studio enhancements added, “Amazing Grace” had a lot of powerful songs on it, including “God Will Take Care of You,” “Precious Memories” (a duet with James Cleveland), “Mary Don’t You Weep” and the rollicking “Old Landmark.”

Many viewed this as Franklin’s “return” to the church, but as her father, Rev. C.L. Franklin, put it, “If you want to know the truth, Aretha has never left the church.”

KUDOS TO Barbados-born Rihanna for donating $1.75 million to Queen Elizabeth Hospital in Brigetown, Barbabos. She commented, “This was done in an effort to save lives or at least extend them.”

Alicia Keys, whose recently released album, “Girl on Fire,” is doing exceptionally well, appeared on the David Letterman show and made a major impression on the witty but sometimes acerbic host with her blue and yellow dress.

“This is what everybody should be wearing,” quipped Letterman, adding seriously, “Look at how great that is.”

One party record that never loses its potency is “Got To Give It Up” by Marvin Gaye. This song just has to get you revved up, and the heavy, relentless beat is irresistible.

SPEAKING of things people never tire of, another one is the “Cosby Show” episode when the Huxtables lip-synced Ray Charles’ classic raw soul hit “(Night Time Is) The Right Time.” It is charming, funny and more.

The performance was so well received by the public that the song became popular again and was reissued by Atlantic Records.

Ne-Yo has a promise for his fans and the general public: “The music is who I am, and I am never going to give anything to you that is crap. I am always going to give you quality.”

An actor most of us have seen either in a movie or on television, and should be a bigger star, is Mel Jackson. The talented Chicago-born actor has appeared in such movies as “Soul Food” and “Deliver Us From Eva,” and on the TV miniseries “The Temptations” (as producer/writer Norman Whitfield) as well as the final seasons of “Living Single” and “The Parkers.”

For an interesting treat, go to YouTube.com and enter “Muhammad Ali and Sam Cooke.” They actually do a vocal duet on “The Gang’s All Here.”

Some Black actors and actresses are opposed to accepting certain kinds of roles (maids, butlers, etc.), believing them to be degrading. Super actress Kerry Washington disagrees.

“What’s interesting about story-selling is we get to step into someone else’s experience, and in the process of living through that journey we learn about ourselves.”

BETCHA DIDN’T KNOW…that Deniece Williams’ 1982 No. 1 hit “It’s Gonna Take a Miracle” was originally recorded by the Royalettes in 1965.

WORDS OF THE WEEK, from Alan Cohen: “Give people the respect they deserve, but live the life you choose.”
Let the music play!