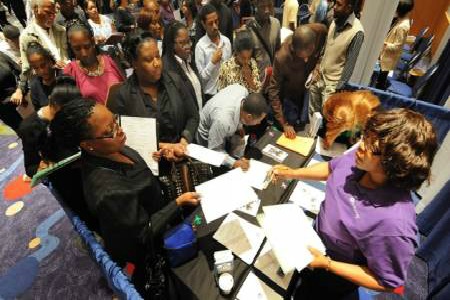 The job market ended 2012 with more growth, as moderate hiring continued at the end of the year.

The economy added 155,000 jobs in December, bringing the total number of jobs added in 2012 to 1.84 million, the Labor Department said Friday. The unemployment rate was unchanged at 7.8%.

Economists surveyed by Briefing.com expected the report to show that 150,000 jobs were created last month and the unemployment rate remained unchanged.