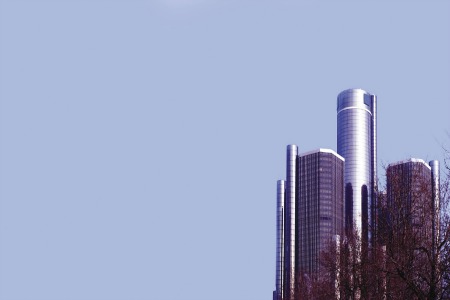 During the past year we saw how the city once hailed as the bastion of American manufacturing power and the arsenal of democracy is fighting to compete with other cities that have already claimed their rightful place on the stage of a global economy. With the comeback of General Motors and Chrysler salvaged by the Barack Obama administration, Detroit’s automotive glory is coming back.

The city once regarded as the last bastion of Black electoral power made possible by the era that informed Coleman Alexander Young, becoming the first Black mayor of Detroit, now sits at the crucible of a viable White mayoral candidate, Mike Duggan, forcing a transcending dialogue on issues, who is most capable of leading Detroit, while evoking the long narrative on race that defined the Eight Mile border.

The city whose obituary has been written repeatedly in national media because of its previous lack of concrete initiatives that make up the attributes of a comeback city, now boasts of a downtown that is booming with a proliferation of industries anchored around entrepreneurship.

Downtown Detroit is rapidly becoming the definition of a true business district with heavy investments of companies that are not only repositioning themselves in the wake of tangible prospects, but also offering incentives for their employees to live downtown.

Outside of downtown is Midtown which has become an entrepreneurial hub and a city within a city because of the amenities it provides to residents and small businesses in the area.

Once upon a time the mayor of Detroit garnered so much political power that it was not a stretch to suggest that such power matched the power of the governor in some respects.

Because the mayor of Detroit carried influence as head of Michigan’s largest city, the institutional power of the office and the power of the long history of this city’s cultural evolution and political struggles, that whenever the mayor spoke on key issues, it was decisive. But the last twelve months and before saw the gradual dwindling of the power and office of the mayor, and the frequent battles the mayor’s office has engaged in with not only the City Council, but also the corporation counsel whose powers were enhanced by the newly revised Detroit City Charter.

The cultural change in the power equation at city hall in 2012 and the delicate balancing act that the mayor must play in dealing with not only the legislative body and the corporation counsel, but also with the governor provides a more complex governance era and leadership demands for 2013.

And this cultural shift becomes even more fascinating with a mayoral election months away because it raises the question of how will the next mayor be effective in the wake of a broken government that is faced with stiff measures to correct its own books, including the real possibility of an emergency manager?

This shift adds another layer to the operation of the City Council, the institution that has been the most notable and vocal legislative body in the state, because voters would now have to elect council members by districts. That impacts the demographic, racial, gender and issue makeup of the council at a time when the legislative body has found itself in the middle of a perception nightmare.

The other shift is that some neighborhoods in the city are undergoing transformation with the support of the foundation community, while others are still lurking behind waiting on needed attention from city hall. A council by district will mitigate the lack of attention that some neighborhoods in Detroit have long been suffering from and the public safety nightmare they have been through.

he New Economy Initiative (NEI) is sparking a regional growth in Southeast Michigan, making Detroit a key focus of its operation and helping to enhance an entrepreneurial climate in the city while fostering the growth of already existing businesses. The approach by NEI and its collaborative vision of tackling diversity through New Michigan Media, an ethnic media entity that is forcing ethnic communities to the forefront of social engagement and diversity as an ingredient for meaningful growth, makes Detroit the centerpiece of a new cultural revolution of ideas and innovation.

As Detroit goes, so goes the rest of Michigan. We can all make a contribution to Detroit in 2013.