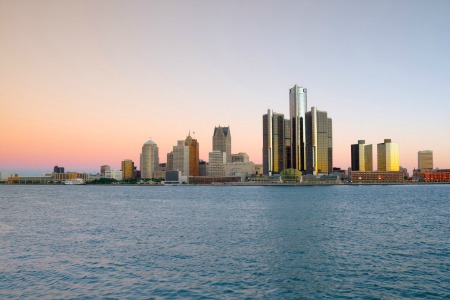 From the Motor City to Mobile City? Maybe soon.

The first Detroit Mobile City iOS conference will offer tech newbies and sophisticated engineers alike the chance to polish their skills in programming and fine-tuning mobile applications. It will be held Saturday, February 2 at the Westin Book Cadillac in downtown Detroit.

The conference is hosted by Develop Detroit, a collective of software engineers and tech gurus who promise they can make any student a mobile developer in 90 days. Since launching in May, they’ve held courses in Detroit, Ann Arbor and Lansing.

Develop Detroit and Mobile City are both spearheaded by Mike Vichich, a 27-year-old former Accenture employee turned startup founder. He left his consultant work to launch his own mobile payments application, Glyph, in Detroit. The app helps users pick the right credit card to use based on where the user is shopping and what rewards programs they’re enrolled in. Glyph is just one of a billion applications created so far for the iOS (Apple) and Android operating systems. Vichich told The Huffington Post that the conference will be an integral step in the formation of the Motor City’s technology corridor.

“It’s all about community,” Vichich said. “This conference will make it easier for people to launch tech companies, because all of the ingredients for building a great product will be there: programmers, designers, and user experience professionals.”

And these skills aren’t just for startups. Bloomberg reports that open jobs for developers in Michigan are outpacing the number of graduates qualified to fill them. Rather than import engineers from Silicon Valley, groups like Develop Detroit are hoping to train Michiganders to do the work themselves.

Nir Eyal will deliver the keynote address at Detroit Mobile City. One of America’s foremost innovators and tech consultants, Eyal has founded and sold two companies and lectured at Stanford’s Graduate School of Business. He specializes in how human psychology, technology and business intersect — a critical component for entrepreneurs who want to compete in the exploding industry of mobile applications.

“I hadn’t seen much focus locally on the critical topic of user experience,” Vichich said. “It’s one thing to build an app, but it’s a completely different thing to build an app that people want to use all the time. That’s Nir’s specialty and why I personally wanted to meet him. He was really excited to play a small part in Detroit’s renaissance, and meet the startups we have in Detroit and Ann Arbor.”

Four separate tracks will be available for participants: a curriculum introducing participants to iOS, tracks on iOS design and advanced programming and a separate branch dedicated to user engagement. The Huffington Post and Mobile City together will present a panel discussion for all participants at lunch, “Building A Vibrant Detroit Tech Community.” The conference is presented in part by Quicken Loans and Detroit Venture Partners.

Creating those connections and cultivating a homegrown tech industry in Detroit is Vichich’s ultimate goal, even beyond training the next generation of designers and tech creators from the Mitten State.

“It’s not a talking head conference — people will come away with material skills learned,” Vichich said. “It’s also for anyone interested in tech. Beginner or expert. Designer, developer, or business person. People will come to learn and they’ll come to meet other like-minded people.”

The first annual Mobile City iOS conference takes place Saturday, Feb. 2, 2013 at the Westin Book Cadillac in downtown Detroit. Tickets are $149 for the all-day conference and $99 for students and early registrations before Jan. 7. Click here to register for Detroit Mobile City.