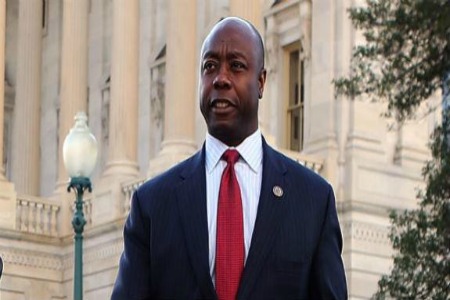 Michael Arceneaux writes at Ebony that Tim Scott — the man South Carolina Gov. Nikki Haley named to replace Jim DeMint and thus become the nation’s only black senator — makes a specious argument when he says that advertising can bring more diversity to the Republican Party.

… During an appearance on CNN’s Starting Point, Scott said of the GOP’s challenge in luring minority voters: “What we have to continue to do is work through the process of marketing and the ideas that we represent. I believe America is still very much a center-right country. And so what we have an opportunity to do is to walk into new places, new territories, and simply say the plan is clear, the way forward is clear and market ourselves effectively in new places.”

How many times have we heard this in the past and has anything ever changed? Like, brother, can you spare a clue? Sister, do you have some sense to spare? Universe, can you send this man a sign?

There is plenty of new data out that suggests that America’s political future looks far more favorably to liberalism than conservatism. Scott, with his religious conservatism, anti-gay viewpoints and past attempts to remove entire families off of welfare should one try to strike might bode well in South Carolina in the interim, but how far can politicians with similar beliefs fare in larger states with a more varied population?

And while marketing can do wonders, what kind of evil genius can make cutting funding for HIV/AIDS and impeaching President Obama look appealing to Blacks, Latinos, and women? Or for that matter, to younger Republicans?