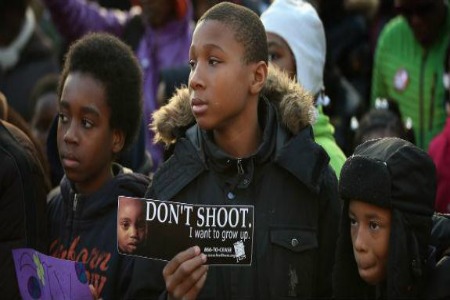 The extra attention that politicians will pay to gun control issues after the Newtown, Conn., tragedy is a blessing for urban communities, writes Ann-Marie Adams in the Hartford Guardian, even if it does expose the fact that for too long, people in power are moved to action only when gun violence reaches their own communities.

The latest and most deadly school massacre in America, the Newtown mass shooting presents an opportune moment to address these issues, including gun control laws. But unfortunately too much of the discussion has been focused on “assault weapons” with lethal firepower. For example, U.S. Sen. Richard Blumenthal (D-Conn.) proposed a ban on “high capacity magazines” with more than 10 rounds.

Sadly, many have unwittingly implied that people in urban areas are not violently assaulted by handguns. In fact, some have normalized tragedy in urban communities.

At a town hall meeting at the CPTV Studios on Thursday, Hartford Mayor Pedro Segarra realized that much and called for an expanded definition of “assault weapons” to include handguns that have killed innocent children and adults in Hartford, Bridgeport and New Haven for decades. Between 1998 and 2012 in Hartford alone, there has been 700 lives lost to gun violence. And 200 homicides remain unsolved.

Moreover, many residents across the state have been traumatized by gun violence. For instance, in 2001 a bullet disfigured seven-year old Takira Gaston’s face, which needed several rounds of reconstructive surgery. In 2008, a bullet scraped seven-year-old Tyrek Marquez’s head, and he is now partially paralyzed. In 2010, bullets shattered the rear view mirror of a car and sliced the finger of a two-year-old boy. And after a weekend of gun violence in June left two dead and many injured, Hartford residents held another round of vigils.