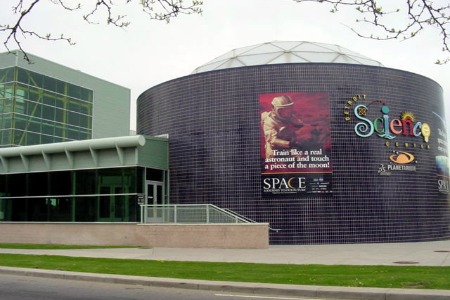 The museum, which was closed for 15-months due to budgetary problems, has now become the debt-free, not-for-profit Michigan Science Center.

Todd Slisher, center spokesperson, said the hands-on museum will be open from 9 a.m. to 5 p.m. Wednesday, Dec. 26 through Jan. 6 — closed on New Years Day. Then, the museum will be open on the weekends until Jan. 30, when it will open five days a week.

“We’ve just received lots and lots of comments about ‘Oh, I’m so glad it’s open. I’ve been so excited to see that it’s opening again.’ So, we’re really glad that we’re here too, to serve our community and help people get excited about science and engineering, technology and math,” said Slisher.

Julia Johnson, another spokesperson, said the goal is a combination of education and entertainment.

“This is one place where you can learn about science, learn about things that you see every day, such as levers and pulleys, and you get to learn about the science behind it. Why does it work that way? Why do we have electricity? How does it run from the wire to your phone or TV and how does that make it work? So, we feel that explaining the basic science principles is very important to everyone concerned in the city,” said Johnson.

The science center closed in September 2011 after its board decided an ongoing deficit had created a financial crisis that couldn’t be fixed without halting operations. When the museum closed, it was millions of dollars in the red. In the meantime however, over $5 million has been raised to cover the science center’s operating expenses.

The Michigan Science Center is now classified as a 501-c-3 entity, which means contributions can be tax-deductible.

General admission is $12.95 for adults and $9.95 for children ages 2-12. Additional fees apply to attractions such as IMAX and planetarium shows, as well as special exhibitions.