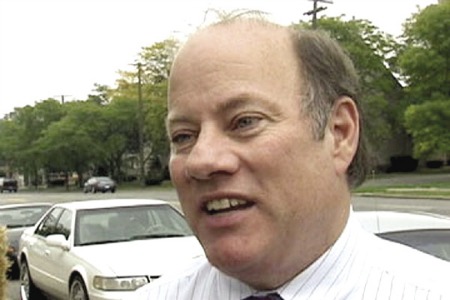 The specter of an emergency manager continues to hang over Detroit like the sword of Damocles. The hope of a hotly contested mayoral election to decide the next chapter of leadership in the city is creating a heightening interest in Detroit politics, especially in light of Mike Duggan and Benny Napoleon candidacies.

Duggan, the outgoing CEO of the Detroit Medical Center will be the first major White candidate in more than a decade. Napoleon, the Wayne County Sheriff and former Detroit police chief, is a formidable candidate.

The series of Lansing measures offered as prescription drugs for Detroit’s financial illness, including mediation, consent agreement, emergency manager or bankruptcy, will test the city’s leadership mettle to address its own problems.

With a booming downtown, neighborhoods waiting for revitalization and the advent of entrepreneurship taking root in many forms in Detroit, the city is being challenged to be a plethora of possibilities.

That is why 2013 is a defining year for Detroit. The world is watching. The nation is watching. And everyone who has witnessed the evolution of Detroit for decades is anxiously and cautiously waiting to see how the city defines itself next year.

What happens in the coming year will presage things to come for a long time in Detroit. The city is pregnant with possibilities that have consequences either for the good and betterment of the city or for the bad or worse. The last couple of years have seen Detroit dwindle despite its resilient spirit. From the Census report that showed a dramatic population loss to the turnover of administrations at a city hall manacled in corruption, all have been clouded by the financial distress the city is in.

The inability of the city to correct its own books not only concerns those hard-pressed taxpayers who are getting fewer and fewer services, but also sends a wrong signal to those looking to invest in Detroit. In a series of private conversations with concerned residents, the question always comes up, “When will the city get its act together?”

That has been the haunting question for too long. How the city navigates its sometimes tense relationship with the state will help decide how much involvement Lansing will have in the affairs of Michigan’s largest city — the city whose struggles and challenges have come to define Southeast Michigan and the rest of the state.

Gov. Rick Snyder and Mayor Dave Bing struck a relationship at the beginning of the governor’s tenure that has sometimes been rocky in the fight over the financial stability of the city.

That public clash over the financial measures the city should take to be solvent was evident after Gov. Snyder and Mayor Bing appeared on different occasions at Wayne County Community College District Global Conversation Speaker Series to speak on the state of Detroit. At the downtown campus of WCCCD, both men spoke about their desire to see Detroit grow and education being a crucial part of that growth.

How these two men move Detroit into a space of economic resurgence has been the subject of public debate in the last 12 months. And the debate must continue in the public square, allowing for all ideas to be tested. Detroit has to grow collectively, not selectively. It has to grow with ideas, not political posturing.

For the city to become a thriving 21st century metropolis, it has to change and evolve in many ways. That change doesn’t translate into changing how the entire apparatus of local government works. The change means putting people in key positions who are capable, understand and can relate to the rapidly growing 21st century challenges and be ready to meet them on behalf of the 700,000 that live in the city, as well as the businesses invested in the city.