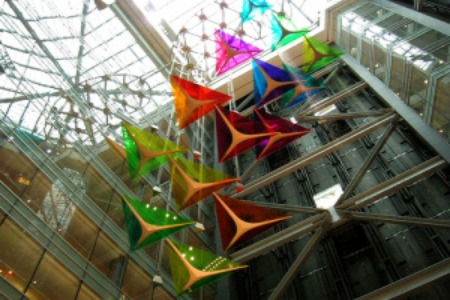 In a statement, the company said its board “will review all aspects of the proposal in consultation with its financial and legal advisors in due course.” The statement also said the board “emphasized that shareholders need not take any action at this time.”

With its offer, Elliott Management sent a letter to Compuware’s board critical of company management.

“Compuware is a long-established company that we have followed closely for several years,” the letter said. “We believe in the quality of Compuware’s assets — however, its execution, profitability and growth have meaningfully underperformed.”

The letter noted that Compuware stock has underperformed the Nasdaq and S&P 500 by an average of 6 and 34 percent over the last one and two years, respectively.

Elliott already owned about 8 percent of Compuware before Monday’s offer.

Compuware management reportedly sent an email to its employees Monday essentially calling the offer inadequate. In the email, CEO Bob Paul said the offer is “another indicator of the underlying value of our business, a value clearly identified by the broader investment community.”

But, Paul said, “We believe the value of our company is far greater than that which has been offered, and we are convinced that we — all of us together — are more-than capable of unlocking that immense value.”

Compuware had already received a letter from another shareholder, Sandell Asset Management, accusing the company of having a “bloated workforce” and a “lack of aggressive cost management.” Sandell contended Compuware had less revenue per employee than its competitors and recommended spinning off parts of the company, outsourcing and layoffs.

Compuware provides application testing, management and application development software. It also owns Covisint, a provider of secure collaboration and communication services for highly regulated industries such as health care. Compuware is currently exploring a public stock offering for part of Covisint, which provides about 9 percent of Compuware’s revenue.

The hedge fund firm’s offer values Compuware at about $2.4 billion.

Four years later, Compuware introduced Abend-Aid, its first software product. Designed to detect bugs and suggest corrective action in corporate mainframe systems, Abend-Aid is still a standard in a market with more than 8,000 copies currently in use. Its name, Abend, is computer shorthand for “abnormal end,” the unplanned termination of a program caused by a computer crash.

Karmanos announced in November that he would step down as the company’s non-executive chairman as of March 31.

Compuware went public in 1992. During the late 1990s Internet bubble and concern over the so-called Y2K bug, the company’s stock briefly hit $40 a share. Its employment also topped 15,000 at the time. Today’s Compuware employs about 4,500, including about 2,000 in Detroit.

The company moved from its original headquarters in Southfield to an office complex in Farmington Hills in 1987, adding amenities like a wellness center, sundry shop and day care center.

Currently there are five stock analysts that rate Compuware Corporation a buy, no analysts rate it a sell, and none rate it a hold.

Later Monday, two law firms announced “investigations” of the Compuware board for “possible breaches of fiduciary duty” in connection with the offer. Both the New York City law firm of Levi & Korsinsky and the Wilmington, Del. firm Rigrodsky & Long P.C. pointed out that at least one stock analysts has a price target of $12 per share for Compuware stock.