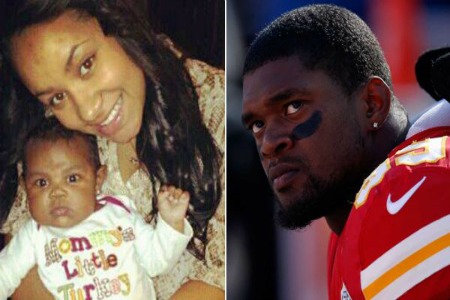 Before I start this discourse let’s take a look at the words of The Second Amendment. It says: “A well regulated Militia, being necessary to the security of a Free State, the right of the people to keep and bear Arms, shall not be infringed.”

When any human looks at the words of the Second Amendment, which was ratified in 1791, in a historical context it should be obvious that the country did not have a valid military, just finished a war with Britain, was in a constant war with Native Americans as we took their land, did not have immediate communication modes and roads to connect people as they moved across America, they needed guns to hunt for food and keep bandits at bay.

All that has changed as America has become the biggest military conglomerate in world. The National Guard was founded in the early 1900’s and the goal and purpose of the Second Amendment in reality was changed forever.. We now have the marines, army, air force and city police.

No way in the Founding Fathers’ wisdom could they could have envisioned that this country would have nuclear weapons, planes that can fly and drop bombs in one’s doorway, food available in close stores, refrigerators to store food and the ability to just pick up a phone and talk to a person a thousand miles away.

I was covering the 2008 Summer Olympics in Beijing, China when a mentally deranged man lost it and stabbed two people in a crowed area before he got his butt kicked. By the way, our communist Chinese brothers’ police, like the democratic British Bobbies, do not carry guns. Imagine police that do not even have to carry a weapon to police its populace; that concept is unthinkable in American society where cops routinely get killed.

Later in the media press tribune in Beijing when the word got back to us, almost all concurred: “If this has been in the United States that guy would have shot at least 10 to 20 people before he was stopped.”

We all said that matter of factly and went back to our business of covering the 2008 Olympic Games. This is just business as usual in my beloved country.

Recently one of my media colleagues, Bob Costas, during halftime of “Sunday Night Football” pushed for gun control following Kansas City Chiefs linebacker Jovan Belcher’s killing of his 22-year-old girlfriend and himself. That gun left a young baby mother and fatherless.

Reading from an article written by another sportswriter Costas said: “If Jovan Belcher didn’t possess a gun, he and Kassandra Perkins would both be alive today.”

Just as fast as one can say Jumping Jack Flash, the Tea Party Republican conservatives blasted Costas on social and the national media.

Herman Cain called Costas’ remarks “sanctimonious dreck” on Twitter, linking to an article called “Excuse me, Bob Costas, but you’re an idiot, so shut up.”

People wrote in and said they tuned in to watch a football game and not listen to Costas rant about gun violence. What is happening in America? When the word gun comes up a vocal populace of America seems to control the discourse, and, in fact, has our elected leaders scared to even mention gun control.

Just like the now misguided holding on to the Second Amendment, one hears people all the time say that, it’s not guns that kill people, it is the people. I submit, that just like in Beijing, if there were no guns involved, mass killings that have become chic in America could never happen..

Now after the tragic Newtown, Connecticut carnage where a heavily armed man walked into Sandy Hook Elementary School and within minutes, 26 people were dead at — 20 of them children.

With the death toll at 26, the Newtown shooting is the second-deadliest school shooting in U.S. history, behind only the 2007 shooting at Virginia Tech that left 32 people dead. This one brings the assault weapons charge into greater focus as it only took a couple minutes to blast off shot after shot. Reports note he even had enough clips to fire another 100 rounds.

I do not want peoples’ guns for hunting and protection, but assault weapons have no place in a civilized society. The rest of our close friends (countries have already figured this out . . . why can’t we?

“It’s our first job,” said President Barack Obama, referring to protecting the young. “If we don’t get that right, then we won’t get anything right. That is how we will be judged . . . Can we honestly say we are doing enough to keep our children, all of us, safe from harm? If we are honest with ourselves, the answer is no . . . we are not doing enough and we have to change.”

It is crazy a 1791 law rules our 2012 sensualities and now its consequences leaves us with a professional athlete and girlfriend dead and a school full of dead innocent people. And that is not to mention the America’s inner city youth dying every day at a rate that is mindboggling.

When will the debate over the Second Amendment yield to a debate about violence, people and living in a real civilized society?

Can Obama bring a real common sense perspective to this killing machine called America? The facts are we regular food, toys and car manufacturing more than we do to guns control. In a nation that has enlighten the world in so many ways, but is a coward in fronting that we have 15 times more gun violence that any other country in the world.