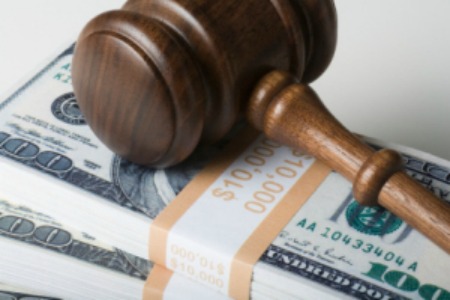 DETROIT (WWJ) – A former Detroit cop has pleaded guilty to forging time sheets to get $30,000 for hours she didn’t work.

Kim Mosby-Colbert, 52, was charged with defrauding a program receiving federal funding — a crime that carries up to 10 years in prison and/or a $250,000 fine.

Per a deal with prosecutors, Mosby-Colbert will serve up to 6 months in prison and will pay just under $30,000 in restitution.

“We hope that prosecutions like this one will let public servants know that they will be held accountable for their conduct, and will deter them from stealing public funds to which they are not entitled,” said U.S. Attorney Barbara McQuade, in a statement.

Added FBI Special Agent in Charge Foley stated, “The falsifying of records for the purpose of stealing money from tax payers is a criminal abuse of public trust. The FBI led Detroit Area Public Corruption Task Force is committed to ensuring citizens have honest government.”

A sentencing hearing is set for March 19 at 2 p.m.