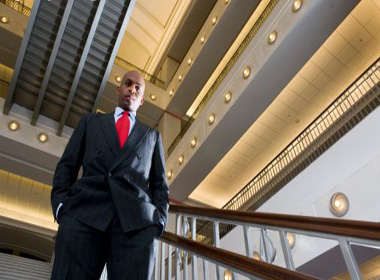 There are many Michigan political pundits who believe that recent ballot proposals, namely Proposal 2, baited the fury of corporate giants and conservative politicians ultimately sending right-to-work bills charging through the legislature this week before ending up on Gov. Rick Snyder’s deck, where he hastily signed them.

For someone who didn’t have RTW on his agenda, critics argue, Snyder sure didn’t waste any time cheerfully supporting the measure that would allow workers to opt out of paying union dues while still claiming the same wages and benefits negotiated by the union contracts governing their workplace.

So let’s take this back a bit. It may seem like a distant memory, but on November 6, we all voted and since an overwhelming majority of us Michiganders are not unionized to begin with, unions lost a multi-million dollar gamble. With all the money they poured into ballot proposal campaigns like Prop. 2, which would have engrained collective bargaining into he state’s constitution it was a big loss for for the union shop.

That’s the thing about gambling. There are no guarantees. If you play big, you lose big. And that’s exactly what happened to organized labor’s bet on a union-supporting electorate.

Analysts are saying it was fail for labor on two fronts: First, it showed how union backed measures are not widely supported by voters and second, it made conservative decision-makers real mad.

But if we take a closer look, the ballot gambit is not the only thing unions have failed. Proponents of the RTW laws argue that it passed because the unions have failed on many fronts in a post- WWII era: They have failed to beef up membership, failed the public through stolid self-service and ultimately will fail themselves in the absence of creative new structures to adapt to the changing world.

Bill Ballenger, editor of Inside Michigan Politics quoted Emerson in his opinion on the matter: “There’s an old saying that goes, ‘If you strike at a king, you better kill him.'”

Well, if Snyder is a king and Prop. 2 was a strike, it missed. And now unions are up the proverbial creek.

“When one side starts shooting, the other side doesn’t feel constrained to try and keep the peace. It might have seemed like a good idea at the time, but it didn’t turn out so good for [unions].”

But there is a silver lining here. For the sake of staying in the game, unions have got some strategizing to do. With the downtrend in organized labor over the past 30 plus years, isn’t a little re-organized labor in order?

As of now, unions have no strategy to reach remote workers like me, someone who essayist Jack Lessenberry describes as “the knowledge worker banging the keyboard in her lonely apartment as an independent contractor.”

Labor has herded catlike workers before and maybe it’s blind optimism but with the right leadership and intellectual power, it will be the force it once was.

Still, the fact will always remain: Win some, lose some, there will always be the political push and pull between labor and business.