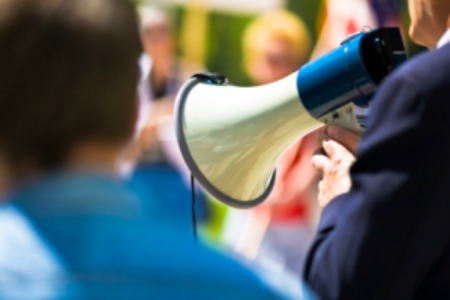 METRO DETROIT (WWJ) – A union activist and Highland Park school board member has filed a lawsuit against right-to-work legislation, claiming violation of the Open Meetings Act.

Robert Davis, along with other protesters, were kept from entering the state capitol after Michigan State Police barred the doors.

Davis says under the Open Meetings Act — all meetings of the Michigan House of Representatives should be open unless there are cases of civil disobedience or disturbance of the peace.

“Individuals across the state have not had an opportunity to voice their concerns or address the legislature as a body as it relates to their individual concerns over this very destructive legislation,” said Davis.

While in Dearborn, Saturday, special training was held to focus on ‘learning to protest’ in preparation for thousands of union members heading to Lansing on Tuesday to let lawmakers know how they feel about right-to-work legislation.

Members of the Michigan Nurses Association are among the unionized workers who will make the trip to the capital next week.

Registered nurse Katie Oppenheim describes it as a “travesty for our state, we are …the bedrock of labor in this country, to see the state go in this direction.

“This is about our ability to safely take care of our patients because we have enough rest, because we have the right equipment, having collective bargaining just helps level the playing field.”

Oppenheim predicts estimates of 7,000 union workers descending on the capital next week as “low.”