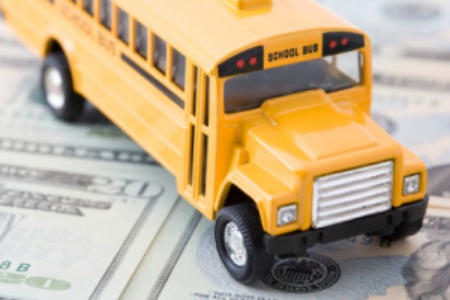 “While the Department of Ed works with local districts to help them arrive at these deficit elimination plans,” Flanagan told WWJ’s Chrystal Knight. “The ultimate decision is with them as I said and we must give them every opportunity to resolve their deficits on their own and most of them do.”

But for those districts who just can’t work it out,

“We all know what the extreme solution is. It’s mainly an emergency financial manager,” Flanagan said.

Almost 50 Michigan schools posted deficits this year with Detroit having the largest at $283.9 million. Benton Harbor in Highland Park were second largest at $11.3 million.

The Department of Education is working on a plan to divert the need for emergency financial managers.

“We’re working with education stakeholders to establish a system of early warning indicators to better identify districts that are at risk of going in deficit and it’s mostly in the interest of citizens and students in a given district to realize here’s some indicators that they’re saying you’re ready to get into that position if you don’t handle it,” Flanagan said.

Flanagan said that the Department of Education wants to give school districts every opportunity to solve their own budget deficits. An emergency manager should be the very last resort.