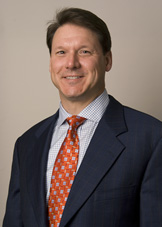 For years Detroit has been on the brink of one financial crisis after another. While the threat of running out of cash is an ever-looming one, this time the State is not buckling under Detroit’s reluctance to change the status quo (or at least the division in leadership over how to change it).

Ultimately, the buzz about the escrowed state funds is a tiny spec on the surface of an enormous financial monster. Let’s be real: Detroit is in way deeper -*-  than a $30 million bond sale installment and a few unpaid furloughs can remedy. The city council could approve Miller Canfield contracts all day long and the city would still be down the well so to speak.

At this point big chunks of city operations need to be dissovled or merged. This is serious restructuring that city leaders have been able to pull off over the past decades of post industrial depression.

The consent agreement with the State put in place last spring in lieu of an EFM just isn’t cutting it. As Detroit City Councilman Andre Spivey said on Tuesday:

“…The truth of the matter is we are 8 months away from when the consent agreement [was implemented]. We could have had a baby in this time. But nothing has been done.”

That’s why an Emergency Financial Manager (EFM) now seems inevitable. Since Public Act 4 was suspended in November, the State must revert to the old emergency manager law, Public Act 72, which limits the powers of a state-appointed appointed money czar. By now it’s not a question of “if” anymore, rather “when” and “who”.

That said, perhaps the most important question for Gov. Risk Snyder when is comes to appointing an EFM to Detroit is the “who.”

It will take an individual of tremendous resolve, intelligence, and overall chutzpah to turn around the roaring southbound train that is Detroit’s finances.

The person who is appointed to head Detroit’s money matters will have to have the resolve of a Hillary Clinton and the optimistic, fiscally conservative outlook of a Rick Snyder.

If it is as Mayor Dave Bing said last week and leading Detroit is the second hardest job in the country, the EFM position could easily line up as the third most challenging.

Aside from negotiating a cease-fire in the Middle East, perhaps negotiating with city unions for hefty pay cuts and layoffs are the most difficult negotiations to make in the nation.

Snyder should appoint as Detroit’s EFM a woman with the character and intelligence of Hillary Clinton.

“Secretary Clinton in particular stepped forward and exerted some leadership. That’s very good news, because what the Middle East has been crying for is greater U.S. leadership.”

Well, what Detroit has been crying for is greater leadership, too. So if an emergency financial manager is the only way out, lets make sure that manager is thoroughly vetted and can to the dang thing.