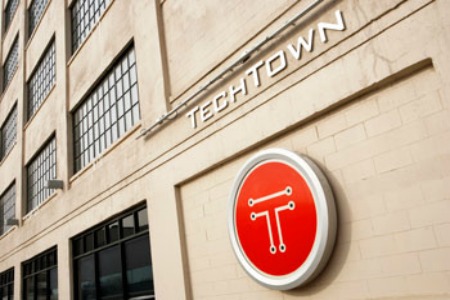 The TechTown business incubator, which is affiliated with Wayne State University in Detroit, announced last month that it has received a $150,000 grant from the Marjorie S. Fisher Endowment Fund to support its efforts in the Brightmoor neighborhood in far Northwest Detroit. One reason this is notable is that it represents the first time a tech-centered business incubator has deliberately and significantly engaged with entrepreneurs in a neighborhood outside of the downtown-Midtown “technology corridor.”

Leslie Smith, president and CEO of TechTown, says that healthy small businesses in the neighborhoods of Detroit are critical to urban revitalization efforts in the city as a whole. Smith told Xconomy earlier this year that her goal was to eventually make TechTown’s business coaching services available to entrepreneurs across the city.

Specifically, the one-year grant from the Fisher Endowment Fund will fully fund what TechTown has already been doing in Brightmoor for a few months. This summer, TechTown began offering “Tune Up” business coaching sessions and “SWOT”—which stands for strengths, weaknesses, opportunities, and threats—business analyses to entrepreneurs there. TechTown will continue to partner with the Brightmoor Alliance community group to recruit businesses in need of the accelerator’s services.

“TechTown came in with a really eager spirit and a great attitude,” says Kirk Mayes, executive director of the Brightmoor Alliance, a coalition of nearly 50 organizations already working to revitalize the community by addressing issues such as education, jobs, safety, housing, human services, shopping, and green spaces. (Brightmoor, for those unfamiliar, was once considered one of Detroit’s bleakest neighborhoods but has, in the past few years, mounted a fierce comeback.) “This is an area full of possibility, and people feel that. TechTown’s presence inspires hope, and that’s as important as anything else.”

Mayes and Smith hatched the idea of working together when they met at last spring’s Mackinac Policy Conference, an annual confab that draws hundreds of politicians, lobbyists, government officials, business people, nonprofits, and other interested parties to Mackinac Island for a long weekend of eating, drinking, and public policy discussions. In what Smith describes as “one of those intentional and marvelous collisions in the universe,” Smith and Mayes both found themselves cooling their heels outside a conference room after becoming disgusted by the remarks of a speaker who shall remain nameless.

Smith said something like, “Can you believe the nerve of that guy?” Mayes heartily agreed, and an intense, three-hour conversation between the two kicked off. “We connected from that very instant,” Mayes explains. “Not only about the work each of us was doing, but about how TechTown had an interest in getting into the neighborhoods but not knowing how to do that. We came up with the idea right there of how it would look.”

Mayes was impressed when TechTown staffers came out to tour Brightmoor a few weeks later, true to Smith’s word, to see some of the redevelopment work that was already underway. TechTown installed Derrin Leppek to run the SWOT City