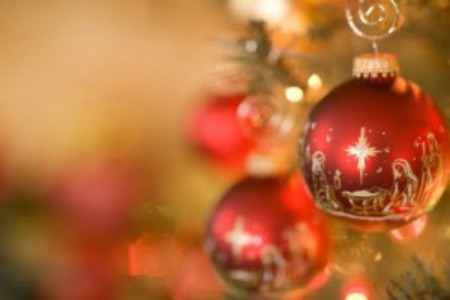 WARREN (WWJ) – A local attorney is fighting against what he calls a “war on Christmas” in metro Detroit.

WWJ’s Roberta Jasina reports it all has to do with the return of a familiar Nativity scene on Mound Road in Warren, after a four-year battle over the display in federal court.

The Nativity set belongs to 76-year-old John Satawa, whose family has been setting up the manger scene in the median of Mound Road, at Chicago Road, for over 60 years. That is until 2008, when a group from Wisconsin complained to the Macomb County Road Commission about the display, claiming it violated the “constitutional principle of separation of church and state.”

A lawsuit was filed on Satawa’s behalf by Robert Muise, a U.S. Marine who is now an attorney with the American Freedom Law Center. Muise said it took a while, but they were victorious in court and Satawa will finally be able to, once again, erect the holiday scene.

“We filed this lawsuit in 2009 and it’s not until 2012 that we got our results. You know, Ronald Reagan famously stated that our rights are handed down to us through the blood stream, they constantly have to be fought for and protected. They could become extinct in one generation and we’re seeing our rights, especially our right to free exercise of religion and our right to freedom of speech, being abridged and we have to stand up and fight,” he said.

The county said the display would be a hazard on a median and a federal judge agreed. An Appeals Court, however, overturned the decision, saying “religious content” and not safety seemed to be the county’s motive in rejecting it.

“There is a war on Christmas and I appreciate people like John Satawa because, you know, when the road commission denied his permit, he could have just hung his head and say ‘Well, I guess that’s the way it is’ and went about his business. But no, he was willing to stand up and to take on this fight and its been a long fight,” said Muise.

The Nativity scene will be up for two weeks, starting Dec. 15.